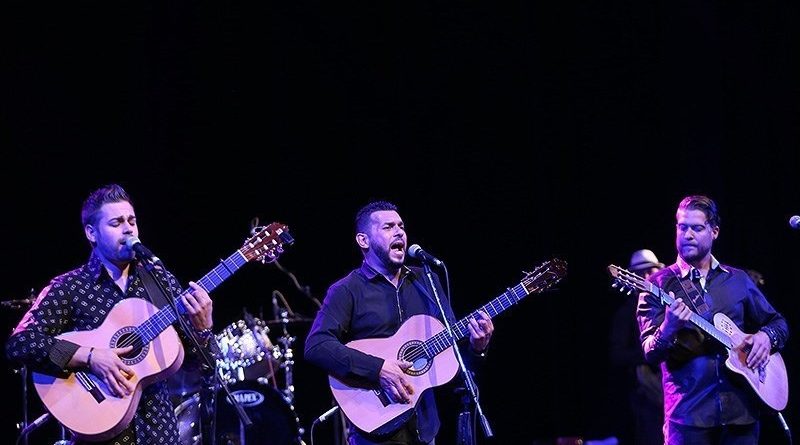 Toto, and Gipsy Kings featuring Nicolas Reyes and Tonino Ballardo, perform at the Live At Chelsea Concert Series 2019, which is celebrating its 5th year of bringing live music to the spectacular outdoor grounds of the Royal Hospital Chelsea – home of the Chelsea Pensioners.

Currently celebrating 40 years since the release of their debut album, Toto are one of the world’s foremost rock bands. With their current line-up of Joseph Williams (Lead Vocals), Steve Porcaro (Keyboards), and Steve Lukather (Guitars, Vocals), the group are celebrating an incredible legacy of unparalleled hits and accolades.

With ubiquitous hits including ‘Africa’, ‘Hold The Line’, and ‘Rosanna’, the band have won an incredible 6 GRAMMY Awards, including Best Record in 1983. Inducted into the Musicians Hall of Fame in 2009, Toto continue to sell out huge shows to audiences the world over.

For just over 40 years, Gipsy Kings have entertained audiences worldwide with their energetic brand of traditional flamenco styles with Western pop and Latin rhythms. Fronted for over 30 years by songwriters and producers Nicolas Reyes and Tonino Baliardo, the group’s self-titled debut album became a genuine phenomenon, certified gold and platinum around the globe, introducing millions of listeners to The Gipsy King’s unique sound.

Having been nominated for several GRAMMY Awards previously, Gipsy King’s won Best Album for their most recent record ‘Savor Flamenco’ in 2014. Their music also has its fingerprints all over popular culture, including a cover of The Eagles’ ‘Hotel California’ featuring prominently in the seminal movie The Big Lebowski, and their version of Randy Newman’s ‘You’ve Got a Friend in Me’ in Toy Story 3.

The Live At Chelsea Concert Series returns for its 5th year in 2019, having established itself firmly as a welcome fixture in the summer calendar for many. This is in no small part due to the eclectic range of artists who have been featured previously, including Rufus Wainwright, Simply Red, Ludovico Einaudi, Belle & Sebastian, and the Kaiser Chiefs, amongst many more. As well as this, the warm welcome to audiences from the Chelsea Pensioners themselves into their home of the immaculate grounds of the Royal Hospital Chelsea.

Every year a portion of the ticket sales from the event is donated towards the care of the Chelsea Pensioners, as well as the maintenance of the Grade I listed site which has provided care and comradeship to ex-military personnel since 1682 when it was founded by King Charles II.

The Quartermaster’s BBQ:
a delicious casual dining package set on the beautiful South Terrace of the Royal Hospital Chelsea: a BBQ feast including a choice of white, red or rosé wine, a choice of salads and your own private dining area on the lawn.

The Gazebos:
Entertain up to 6 guests in your own private gazebo, with your own designated waiter to attend to your needs