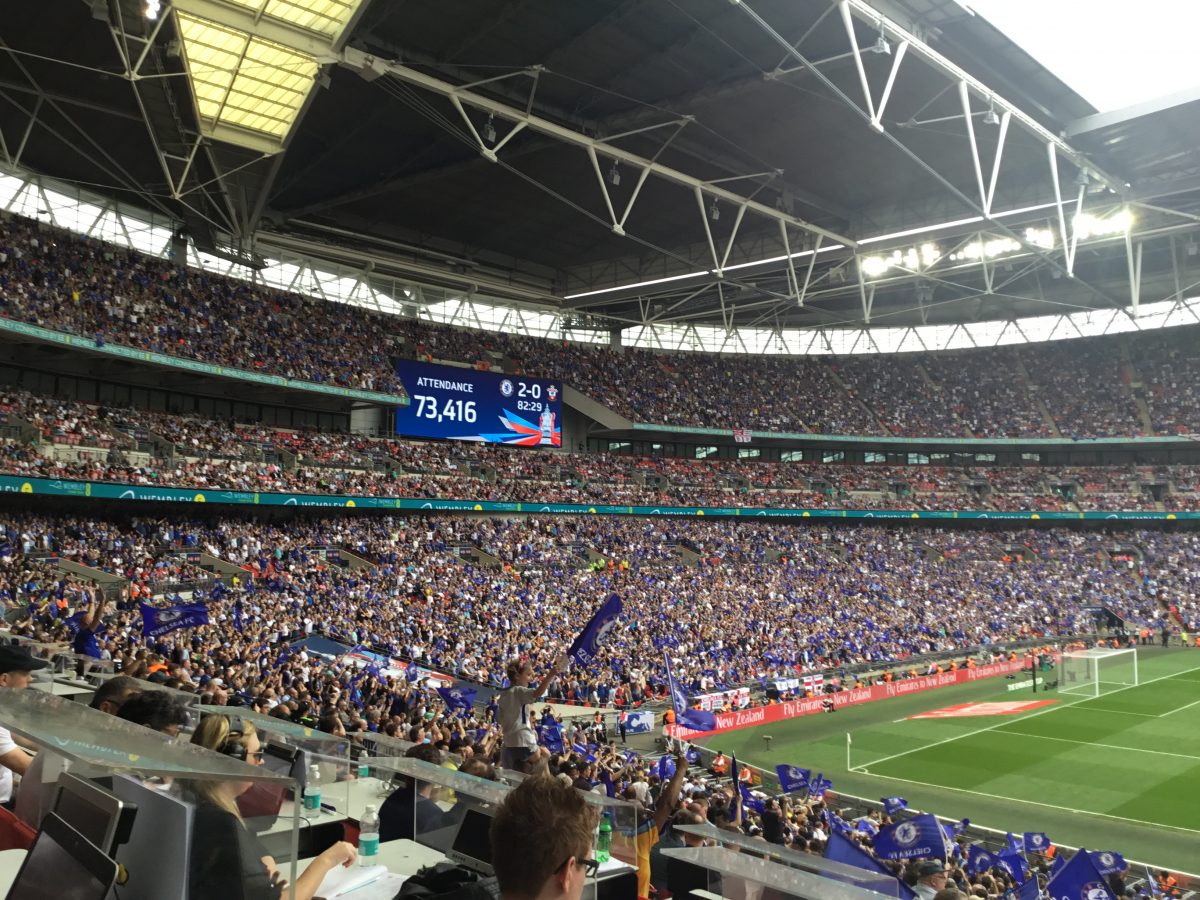 Oliver Giroud and Alvaro Morata propelled Chelsea into the FA Cup final with a goal apiece as they overcame a stubborn and defence-orientated Southampton 2-0 at Wembley this afternoon.

The Londoners dominated the match and should have won by a greater margin.

The Saints’ defence held firm in the opening 45 minutes with the Blues looking frustrated that the sheer volume of their possession reaped little reward.

Yet within 30 seconds of the restart, Giroud powered his way past four Saints defenders to poke the ball home past Alex McCarthy from close range.

It was just but took both teams by surprise. Chelsea looked comfortable for much of the remainder of the half, and with eight minutes left on the clock, having replaced Giroud, Morata was in the right spot and he powered home a downward header from a precise Cesar Azpilicueta cross, to double the lead and book the Blues a return date at Wembley on May 19, where there will face Manchester United.

A fantastic counter-attack two minutes later, instigated by Hazard, saw the ball fed on the right to Willian. The Brazilian wide-man cut inside and let fly from the edge of the penalty area,  with a curling left footer which smacked off the Saints crossbar.

A Willian free-kick on 15 minutes clipped the top of the saints goal as the Blues, dominance in possession, fail to capitalise on their superiority.

Southampton’s first effort on goal, on 25 minutes came from the left boot of Mario Lemina, but the midfielder’s effort was low and lacking in any real power and Willy Caballero easily smothered the shot.

Azpilicueta was unlucky when his glancing header from a Willian corner zipped across the Saints goal.

Thirty seconds into the second half and with many fans still returning to their seats, Chelsea took a deserved lead.

Eden Hazard collected a long ball and tucked it on to his strike partner Giroud.

The former Arsenal man, somehow managed to squeeze past four Saints defenders and the goalkeeper before toe-poking the ball home from close range.

A brilliant dummy by Austin bamboozled Chelsea’s defence and Shane Long raced clean through. But the striker took too heavy a touch to get past Caballero and the ball went safe, from Chelsea’s point of view, for a goal kick.

Antonio Conte made his first change on 64 minutes bringing on midfielder Tiemoure Bakayoko for Willian. Willian shook his head as he walked off the pitch, clearly unhappy with the decision.

Sloppy defending by Chelsea, saw substitute Nathan Redmond produce a pile-driver of a right footer that Caballero did well to prevent going in. Then within a minute, up at the other end, McCarthy tipped over his crossbar a venomous effort by Hazard.

An inspired piece of play by Hazard almost saw an own goal by Saints Maya Yoshida. But the ball ricocheted off his shoulder and just tipped over his own crossbar.

Alvaro Morata replaced Giroud on 80 minutes. The striker left the field to warm applause from the Chelsea fans. Within two minutes of walking onto the pitch and with his first touch, Morata powered home a downwards header from an inch-perfect deep cross from Cesar Azpilicueta.

There should have been two goal, one-apiece with a minute, firstly Austin clipped the base of Caballero’s right post and the ball went clear and thirst seconds later, Morata could have had a second built his effort was cleared off the line by Wesley Hoedt.