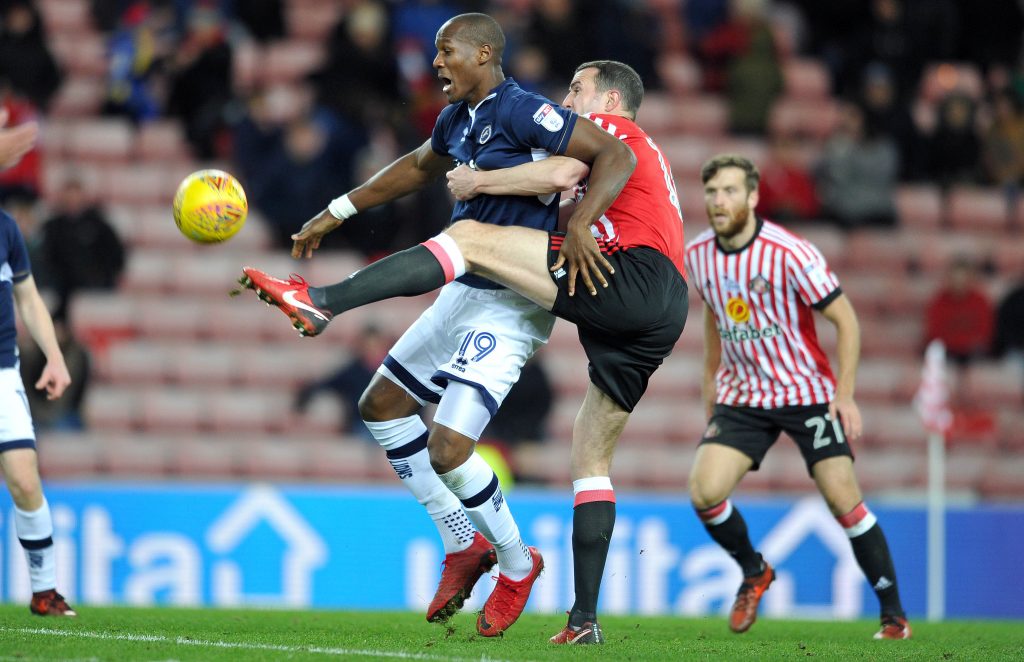 Jordan Archer did his best to rival opposite number Robbin Ruiter as talking points in Millwall’s 2-2 draw at Sunderland, writes Dan Barnes.

Two-goal George Saville could not believe his luck as Black Cats stopper Ruiter endured a nightmare – but Millwall’s first away win this season still eludes them.

But that was little compared to Ruiter’s horrendous errors after he was beaten twice in near-identical fashion by two Saville free-kicks.

On 16 minutes, the ball squirmed embarrassingly under Ruiter and trickled over the line, and four minutes later, Saville executed another left-footed delivery from almost the same spot and the Dutchman could only help the ball into the net when it looked like a routine save.

But Millwall blew it when Adam Matthews’ cross appeared to take a deflection and Archer ended up in the back of the net with the ball.