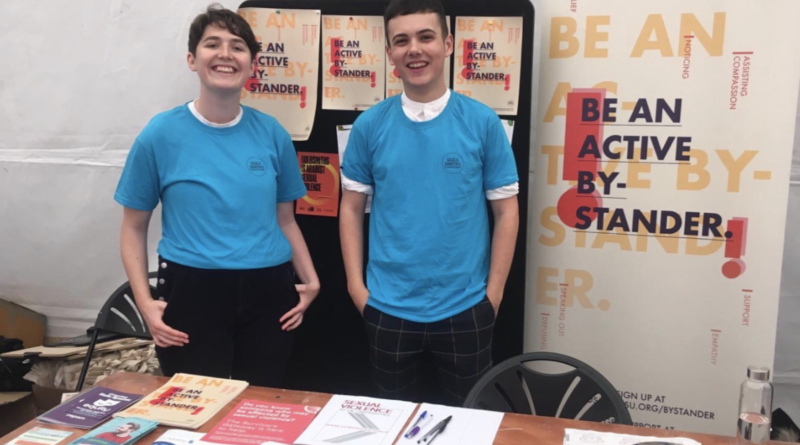 A university has been accused of cutting funding for a sexual violence prevention project.

Goldsmiths University in New Cross has come under fire from its students’ union following claims the university had not provided it with the regular funding for its Against Sexual Violence project.

The project – which seeks to train students how to spot signs of sexual violence and report them –  formed part of the university’s 10-point plan to address sexual harassment on campus in 2017.

Lewis Pickle, a drama and theatre third year student, said the cuts would be “upsetting, short-sighted and careless”.

“Training is provided to make victims feel less alone and those who are not victims learn how to de-escalate situations,” said Lewis.

“I feel for first year students who might be stuck in halls with someone who has sexually harassed them just down the corridor and they have no one to help them.”

The 10-point plan saw the university receive a grant from the Higher Education Funding Council for England in 2017.

The students’ union claims that in October the university only offered a part time administrator for the project, making two staff members redundant and leaving the union unable to deliver the training sessions.

The university said £160,000 had been ringfenced for the project over four years and funding for the project had not been cut but had been delayed due to the Covid-19 pandemic – but the union said they submitted plans to provide training during the pandemic in the summer.

A students’ union spokeswoman said: “Our objective is very modest and very achievable – we are asking for the funding to be returned and the college to apologise and install a new leadership on this project from their end.

“This is only the beginning of the campaign for us. We have lots of things planned and will escalate every day until the college returns the funding.

“Without funding we are unable to pay for any staff or project costs and the project becomes non-existent in the SU.

“The University knows this and they are masquerading this as a ‘delay’, knowing full well the devastating impact it will have on our team.”

A spokesman for Goldsmiths, University of London said: “Student training has not been defunded with the college committing more than £160,000 of ringfenced funding to the students’ union to deliver this activity over four years.

“There has been a delay in sharing this year’s funds due to ongoing discussions between the college and the students’ union about how training will be delivered safely and effectively during the pandemic.

“The college has asked the students’ union to submit detailed plans to ensure training will be delivered and funds will be shared once this has been agreed.”

Pictured: Former ASV staff who are trained by Rape Crisis to conduct workshops