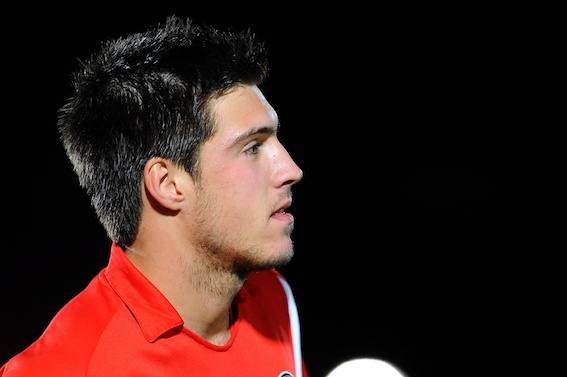 Former Charlton defender Grant Basey has revealed he never wanted to leave the club – and has lifted the lid on his departure.

The former left-back is back at the South London outfit as kitman.

Basey, who made over 50 appearances for Charlton, was allowed to leave in the summer of 2010.

“Looking back I never wanted to leave in the first place,” he said. “How it came about was a bit strange. I was a bit disappointed about it.

“I got injured away at Bristol Rovers in a TV game in February and my contract was up at the end of the season. We lost in the play-offs. The next day the manager [Phil Parkinson] called us in and said he wanted to give me a new contract, at the time before I got injured I was playing every week and doing quite well.

“I came back for pre-season and was just in the process of finishing off my rehabilitation, the week before the season started the manager pulled me and said the club was no longer going to do it [extend his contract]. They needed to free up money to bring a striker in – you’ve got to move on.

“It was the start of me realising how ruthless football was. I thought I’d be like Chris Solly and Jon Fortune – there forever. It was all I had known from the age of nine.

“These things happen, especially in football. I try and use that experience when I’m coaching now. I’m quite firm with the kids [in Charlton’s academy]. If I’m being honest I don’t want them to think the game is easy – they have got to realise it is a ruthless world. If you want to get on and be in it day in and day out then you have to possess a single-mindedness.”

When Basey talks about Charlton he uses the expression ‘we’. And he admits the recent League One play-off semi-final defeat to Shrewsbury Town stung.

“I was gutted, I really was. To the point where in the last 20 minutes I sat in the dressing room, I was so disappointed.

“When I got injured at Charlton I missed out on playing in the play-offs in 2010. When we lost to Swindon I was stood watching from the tunnel.

“I’ve won the play-offs when I was playing for Peterborough, it was the following year – 2011. It is a special day to get to the final and to win it is just unbelievable.

“The devastation of losing to Shrewsbury was hard to take and I spoke to plenty of the boys.

“Whilst I am no longer playing you still have that competitive edge inside. I was hurting as much as anyone else.

“I don’t see why we can’t go again next season. Ideally we’ll aim for an automatic position. If not we’ll have to go through the lottery of the play-offs again.”