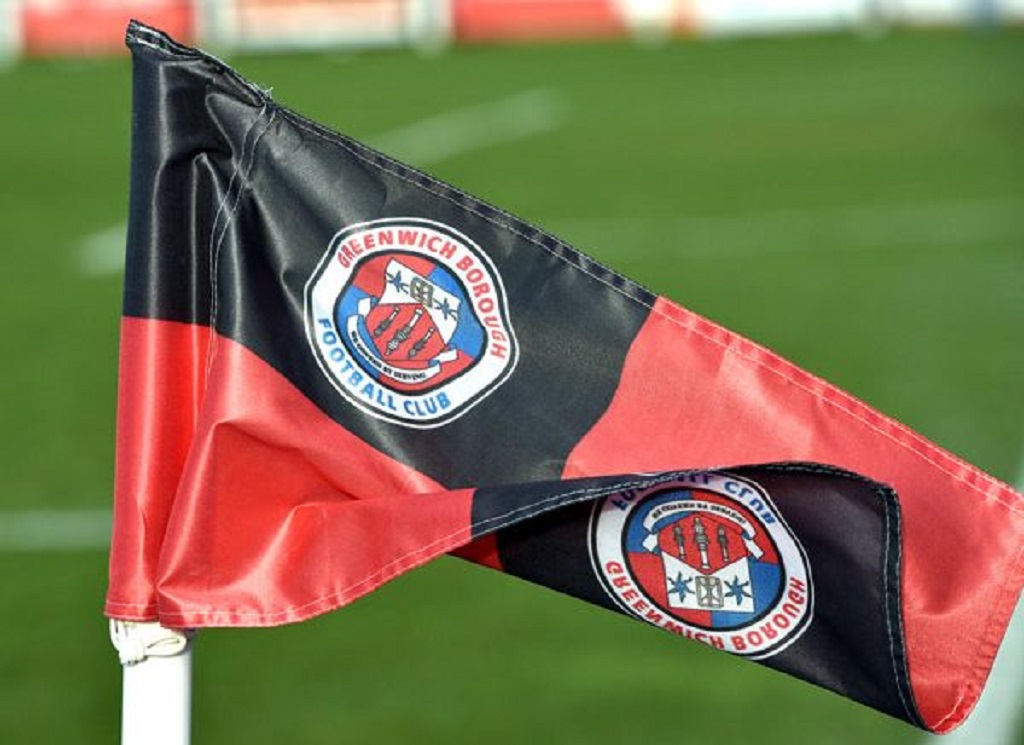 More Sport
13 February 201813 February 2018 Richard Cawley 0 Comments
By Richard Cawley
richard@slpmedia.co.uk
Greenwich Borough saw their 13-match unbeaten run snapped as the Bostik League South Division promotion hopefuls lost 3-1 at home to VCD Avenue.
There was an opportunity to make some ground on Lewes and Carshalton Athletic as their match was postponed.
VCD Athletic came out of the blocks flying and were first to every first, second and loose ball. They broke the deadlock on 16 minutes through Alfie Cue and never took their foot off the gas, forcing the play and making the home side look very ordinary.
This showed again on the half hour mark when VCD captain Junior Baker was left unmarked to make it 2-0 from a routine corner.
It was 3-0 just before half time as Borough were undone again through a combination of VCD Athletic good play and their own mistakes – Warren Mfula netting.
Greenwich changed formation and personnel to try to get back in the game, with Travis Gregory coming off the bench to produce an exquisite finish to make it 3-1, but the game was lost way before the final whistle.
Barnes said: “We got exactly what we deserved, and that was nothing.
“You cannot afford to start games like we did and allow teams to dictate the pattern of play and be the aggressors. We were far from what I expect and it shows in this league you need to be at it week in week out if you want to be involved in the mix at the top of the table come the end of the season.
“We need to bounce back and show our character as soon as possible.”
Greenwich, in fifth, are at second-placed Lewes on Saturday.
Cray Wanderers lead the table and were 2-1 winners at Ramsgate on Saturday. Michael Power and Brandon Scott scored.
Cray Valley PM lost 1-0 at Whitstable Town in the Kent Senior Trophy semi-final.
Erith Town suffered a 3-0 reverse against Lordswood in the SCEFL Premier Division on Saturday at Oakwood.
The Dockers had a goal disallowed for offside on 23 minutes. Their luck did not change when Peter Huggens bundled over from close range on 36 minutes.
Ollie Milton, on loan from Welling United, rattled the crossbar from 20 yards.
Erith travel to league leaders Sevenoaks Town tonight (7.45 kick-off).
Bridon Ropes were 2-0 winners at home to Forest Hill Park with Nathan Simpson and Richard Jimoh on target in SCEFL Division One.
Lewisham Borough lost 4-1 at home to Lydd Town. Their consolation goal was a Daniel Akpoveta penalty.
SC Thamesmead slipped to a 1-0 home reverse at the hands of Holmesdale.