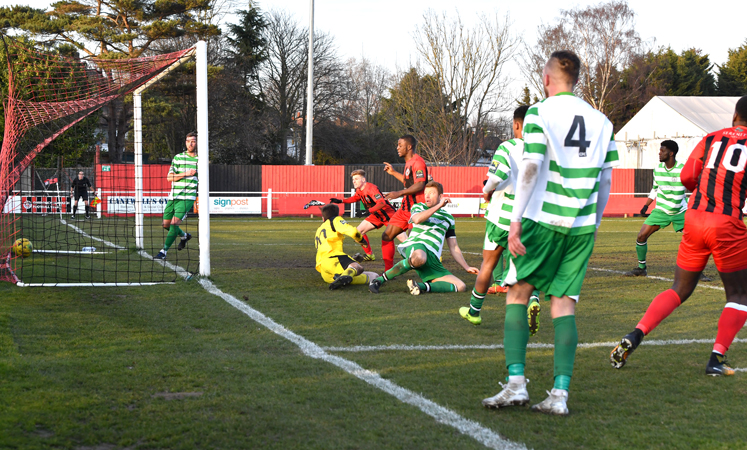 Greenwich Borough strengthened their hold on a play-off spot in Bostik League South Division with a 1-0 win over Chipstead on Saturday.

Greenwich’s new loan signing Rian McLean, who has joined from Leyton Orient, was unable to be involved due to FA confirmation not being received prior to kick-off. This added to the absences of Calum McGeehan and Chinedu McKenzie.

Borough’s Travis Gregory showed a clean pair of heels to Chipstead defenders on more then one occasion.

Greenwich introduced Omari Hibbert-Delgado in the second half and it gave a focal point and influence in the final third as boss Paul Barnes switched to a 4-4-2 with Ryan King-Eliiott replacing Ali Fuseini and Jack Barham moving forward to pair the influential substitute.

Barham should have finished off a glorious chance to finally break the deadlock, but he shot straight at the Chipstead keeper.

Hibbert-Delgado twisted his way to the goal-line, with his cross-shot deflecting in off the body of Chipstead keeper Michael Sibley.

Before the goal was a moment just as crucial, when Danny Fitzsimons made what the tackle of the game.

Greenwich are fifth in the table, five points behind second-placed Corinthian Casuals.