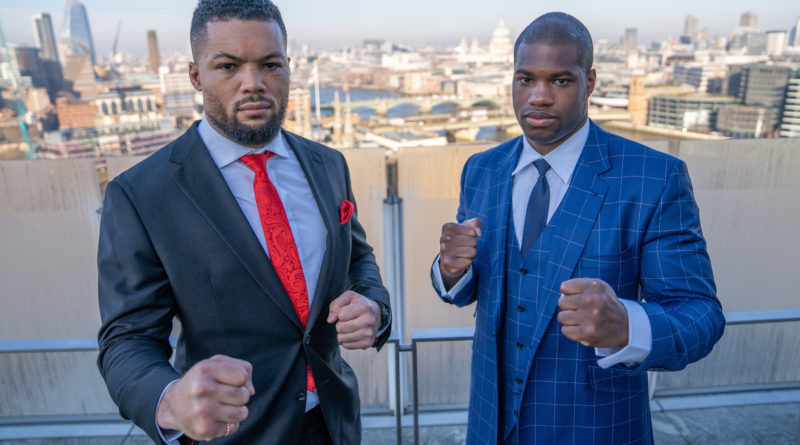 Daniel Dubois reckons that he will knock out Joe Joyce when the two unbeaten heavyweights meet on April 11.

The pair have both only been the distance once in their professional careers.

Joyce, 34, is the WBA Gold champion and relinquished the Commonwealth belt as he chased a European title shot.

Dubois said: “I am confident in myself. He’s going to turn into an old man in the ring.

“You’re going to see him deteriorate, big time. He is making statements but I will prove myself to the world. I see a massive target and I’m gonna let loose. I am going to dominate, move up the ladder and all his fans will become mine after the fight.

“He is getting destroyed – knocked out. This is a new chapter, the next step in my career.

“I have got to move through Joe, take him out in good fashion and move on to the world. My Dad set me on this journey when I was a young kid and these are the nights we speak about every day.

“He [Joyce] is going to sleep and will be taken out in devastating fashion. Joe is going down.”

Joyce has the more extensive amateur career – including winning a silver medal at the 2016 Olympics in Brazil.

“It is massive fight and I can’t wait to knock him out, simple as that,” he said. “I have experience and who has he fought? I have been to the Olympics and picked up wins against really good opponents.

“It is a 50-50 fight and he can bang, but he will find out what this is about. I didn’t box Daniel last year because he brought nothing to the table then – he does now.

“It is important to have belief and I believe I am going to do the job. Daniel is not ready for me and he’s going to find that out.”

Promoter Frank Warren added: “These fighters have self-belief and are putting it on the line. It is a special fight.

“Joe did the country proud with his Olympic silver medal, but Daniel is the new kid on the block.

“It’s a fantastic fight with two undefeated heavyweights fighting each other in the early stages of their professional careers. How often does that happen? It’s quality, quality all the way through. These are big powerful heavyweights with dynamite in each hand.”