The two undefeated heavyweights meet on April 11 with the vacant European title added to a healthy smattering of other belts which are on the line.

And Martin Bowers, who has masterminded Dubois’ impressive progress since he stepped into the professional ranks, liked what he saw.

Dubois, 22, was on the GB Boxing squad but quit the amateur game in 2017, signing a long-term deal with promoter Frank Warren.

“Daniel used to go up to Sheffield and AJ [Anthony Joshua], Frazer Clarke and Joe Joyce all knew each other and were pals,” said Bowers.

“Then this little 17-year-old comes in and upsets the applecart. They want to make him feel as uncomfortable as they can, simply because he’s going to be coming for them. 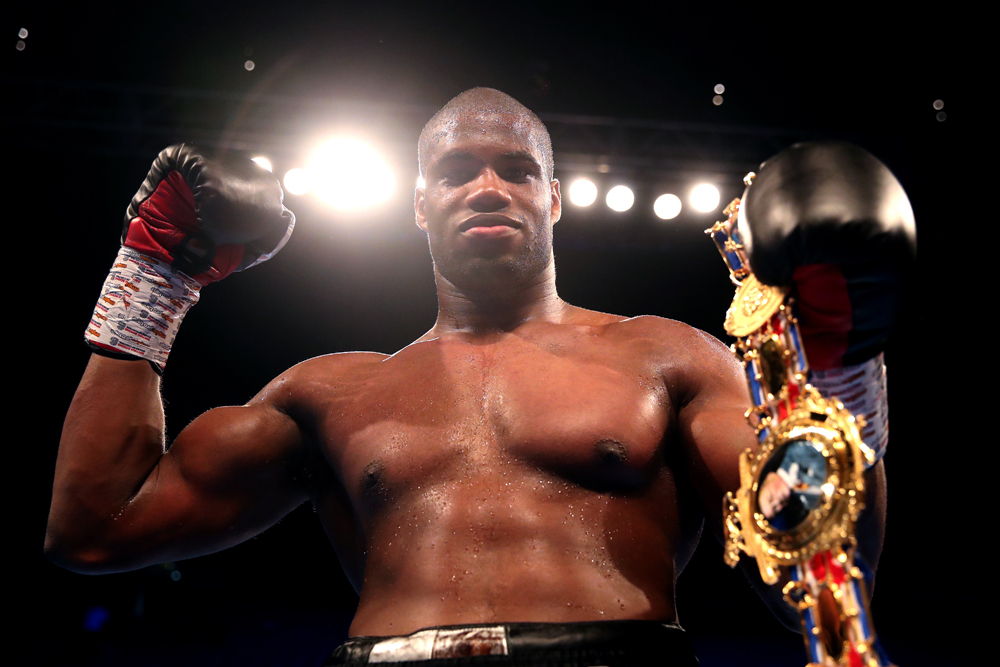 “I loved it. Not because it was violence but it is about one upmanship. Daniel won’t have it.

“There is a lot of difference when he is 29 and Daniel is a 17-year-old kid. You could look and think ‘cor, he has done this and that’. You could be a little bit intimidated.

“Everyone that Joe has fought we are fully respectful of. Joe’s saying Daniel hasn’t boxed anyone, but that’s not really so. Every fight Daniel has had has been progressive – that’s what he’s needed as a young man. Daniel is doing this at 22. Joe is doing it at 33. Joe wanted to be Olympic champion – Daniel wants to be world champion. Completely different dreams.

“Daniel doesn’t want to just fight for the world title – that won’t be enough for him. He wants to be world champion.”

The question is whether this step up in class comes too early for Dubois.

Aside from going the distance with wily American Kevin Johnson, he has comprehensivly blitzed 13 opponents inside the distance.

“I don’t want to blow Daniel’s trumpet too much but this fight is another that he ain’t dodged,” said Bowers.

“We could’ve dodged Nathan Gorman, we could have easily dodged him. And Daniel could’ve avoided Joe, but he has gone ‘these are the fights I want now’.

“When they were on the Olympic squad Joe was 12 years older and it was a strange environment for Daniel. He likes to be around his family and home cooking. This is a different Daniel to what Joe knows.”

Neither boxer has taken a backward step – their strengths are being on the front foot and letting heavy shots go. The question is which – if either – will box in reverse or on the move.

“Joe has got the right nickname – The Juggernaut,” said Bowers. “He just keeps coming forward. He breaks people down and breaks their heart. We’ll be prepared for that.

“I don’t know what their tactics will be, I only know what our tactics are going to be, and I can’t say about them.

“He’s a good fighter. What Joe has done for the country – winning a silver medal at the Olympics – is outstanding. I’d never play that down. That brings kids into our sport. But Daniel didn’t want to be Olympic champion, he has left that for his sister [Caroline]. Daniel has already got someone in the family who can represent them at the Olympics.”

Dubois will start his sparring on March 21.

“We’ll have two that replicate Joe – unfortunately one of them got stopped at the weekend so we’ll have to find another one now,” said Bowers.

“We’ll bring in two top-ranked American heavyweights and they will stay for two to three weeks. We’re sparring now but all that is about getting the timing right, they are technical spars.

“It’s about getting that side of it right before we go into the heavy sparring. We’ve been back in the gym since after Christmas.”