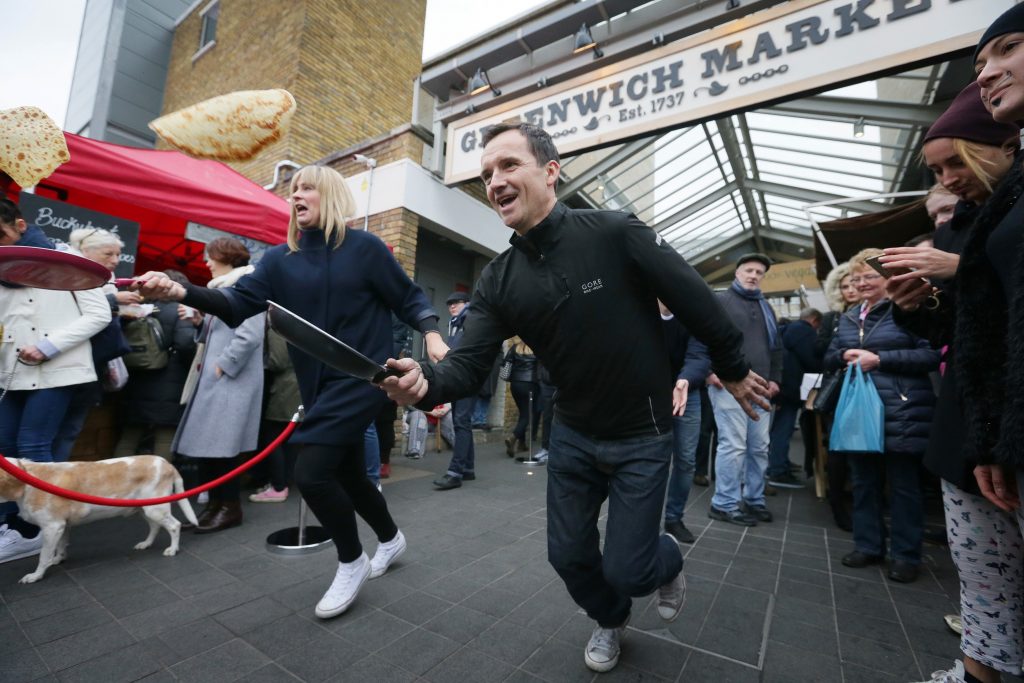 A South London pancake race has caught the eye of a Japanese national TV station.

The annual pancake race at Greenwich Market has been going for five years, with traders and members of the public charging up and down a 50m stretch of market while flipping pancakes.

Japan’s Nippon Television company has caught wind of this marvel of British culture and athleticism.

Now there is a chance they will be sending a crew to the UK this Shrove Tuesday – February 13 – to film the event live for its London News Bureau segment.

It is looking for two more brave volunteers who will be willing to come down to the market at to run in the race. A spokesman for the market said: “It’s a bit of fun, something to cheer you up on a cold February day. “It can be quite competitive though.

The traders are always out to win. “I think it is something of interest to the Japanese station because it is a British tradition and I think they think it’s mad. Which of course it is.” Fabrice Jouet, a Greenwich Market trader of 10 years, has been taking part in the race for the past three years.

Mr Jouet, 48, said: “I run two races a day, one in the morning and one in the afternoon. “But I must admit, I usually lose both.

“The pancakes go everywhere. I’d happily be on live TV though.” The flipping race will take place on Saturday and next Tuesday. It is free to enter and every participant gets a free pancake to eat.

If you would like to contribute to a charity, there will be a bucket collection for Greenwich & Bexley Community Hospice. Pancake Day stems from the Shrove Tuesday celebration where Christians use up all their leftover food and have a feast before commencing Lent the following day.

Due to the time difference volunteers who would like to be on Nippon Television will have to turn up at 6am on Tuesday morning.