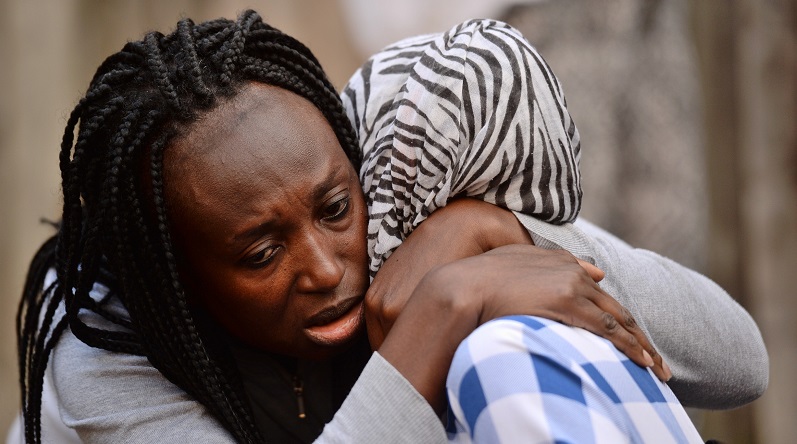 The Justice4Grenfell campaigners have slammed local and national government authorities for failing to take the threat of soil contamination seriously enough in the aftermath of 2017 fire tragedy, writes Yann Tear.

Samples within 140m of the Tower contained PAHs at levels of around 160 times higher than those found in other urban areas.

Their findings suggest there is an increased risk of a number of health problems for local residents from asthma to cancer, although the government ministry responsible for communities insists risk is low.

The campaigners say it is a scandal they have been notified that the soil surrounding the tower has significant contamination only today – nearly 22 months after the Grenfell Tower atrocity.

“The local authority and central government knew the preliminary test results some six months ago yet chose not to inform the community and instead, wait for a full report to be published,” said the campaigners in a statement.

“The concerns of local residents, which persistently questioned risks to their health in the months following the fire, were constantly dismissed as paranoia.

“The inaction and consistent denials of any toxicity in the surrounding area further reveals the contempt shown to the survivors, local residents and community by statutory agencies and the local authority.”

Justice4Grenfell says that during the immediate months following the fire, the locally affected community was given repeated assurances by the local authority and Public Health England, that tests carried out showed that the environment was safe and there were no signs of toxicity.

Former nurse and local resident Judy Bolton has repeatedly raised the question of toxicity levels at community meetings held with the authorities: “I have questioned what immediate and long-term heath screening was being put in place to monitor what was locally becoming known as the ‘Grenfell cough,” yet the response from officials has always been that the area was safe and that local GPs had not reported any increase in symptoms.

“Now, in March 2019, we are being told that our health has been put at risk and is likely to be in the future. Who is being held responsible and accountable for, yet again, ignoring the entirely valid concerns of local residents?

The authorities in question should hang their heads in shame.” In September 2018, coroner, Dr Fiona Wilcox, also demanded that a long-term health-screening programme should be put in place for those exposed to potentially hazardous smoke, including firefighters.

At a council meeting in October 2018, she asked a friend to read a statement on her behalf pleading with Kensington and Chelsea council to look into any health risks.

Ms Mendy said: “They reassured me that the risk to health from potential air and soil pollution remained low and there was no need to worry – but now we have these research findings. Where is their humanity?’

“A cross-government project for both further testing and health screening will now be rolled out. This community has been far too long, repeatedly ignored. Apologies will not do it now – how many more lives have they, and are they willing to, put at risk?”

Cllr Elizabeth Campbell, leader of Kensington and Chelsea council, said: “We recognise local people and staff working in the area may be concerned about this issue.

“Members of the community have been in touch with me, and so I called [communities secretary] James Brokenshire and No.10 directly.

The Government have assured us that they believe the risk remains low. “The Government has also already established a programme of environmental checks to fully assess the risks and take appropriate action.

Professor Stec is part of a group of scientists overseeing this work. I have asked the Government again to speed the process up.
“We are all committed to keeping the community safe and safeguarding their long-term health.

“It is important to say that the NHS have not changed their advice. So anyone who is concerned should speak to their GP, who will arrange for additional health checks to be carried out.”

Meanwhile, latest figures show 19 of the 202 households affected by the fire have still not found permanent homes. Those include families in temporary homes, serviced apartments and hotels.