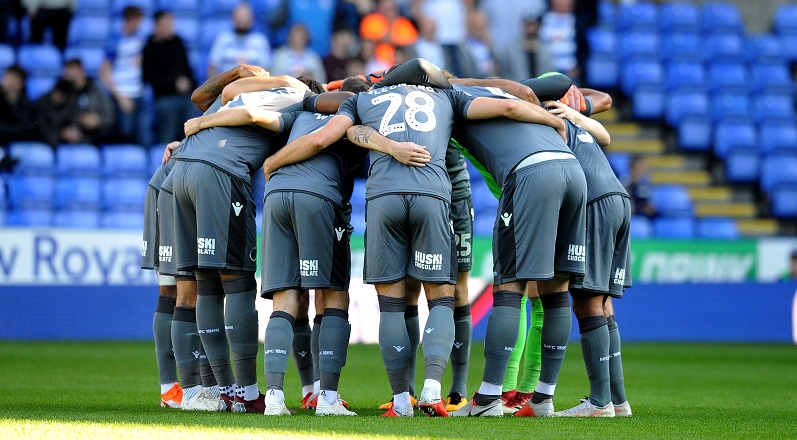 Neil Harris admits he would rather win ugly and get points – but the Millwall manager says his side are not getting their just desserts at the moment. The Lions have been battering teams with chances in their last three games but have not got the points to show for it.

They will bid to climb out of the drop zone as they try to beat newly-promoted Wigan tonight at The Den in four vital days for the club.

But Harris believes if they can sustain their performance levels, they will start climbing to safety. He said: “We have had three excellent performances in a row and also played well for most of the game against West Brom.

“But we are not getting the rewards we deserve at the moment. “We have to batten down the hatches and carry on playing flowing football. Because we are playing so well.

“I would rather have been dominated at Reading and got the points than been beaten 3-1.

“But our performances are a good basis to continue the positivity in the squad. The players know they have done well individually. “We just have to do better about conceding goals.”

His side had 12 shots on target, three times more than hosts Reading, who scored with each of those openings.

The Den side has also hit the woodwork four times in their last three matches – but have conceded five goals in their last two away games from just six attempts on target.

“I am looking for the players to respond after that defeat,” said Harris. “This is a big four days for us, with the Ipswich home game coming up on Saturday. I am looking for two good performances in front of our crowd.

“I want the same response from the terraces too – that spirit which is so important to this club.

“Our fans were terrific against Villa and helped us. They were just as good against Reading, responding to a good performance – it was like a home game, they backed us so well.

Hopefully, they can help us again. “Wigan have invested in their infrastructure and squad so it is no surprise they have had a fantastic start back at this level after a year in League One.

They will want to establish themselves back in this division after being in the Premier League for a few years.

“Under the lights are fantastic occasions. There is a bit of zip on the pitch and the lights coming up at the fall of darkness always makes it enjoyable.

“Sometimes people find getting to Tuesday games tougher but it is half-term so hopefully a few more will be able to get to The Den.

“Our performance against Reading was excellent in so many ways – the chances we created, the way we pressed the ball and the way we moved it around, especially in the first half.

“There was not a person in the stadium who didn’t think we deserved to win the game comfortably in terms of how we played.

“But we have let three goals in and we have to do better defensively if we want to beat Wigan.”

The 45th-minute penalty conceded by Mahlon Romeo was a turning point. “The more you see it, the more you’re convinced the ref has got it wrong,” said Harris.

“The more you listen to commentators, players, managers and fans, the more you feel hard done by. “But it can’t be changed now.”