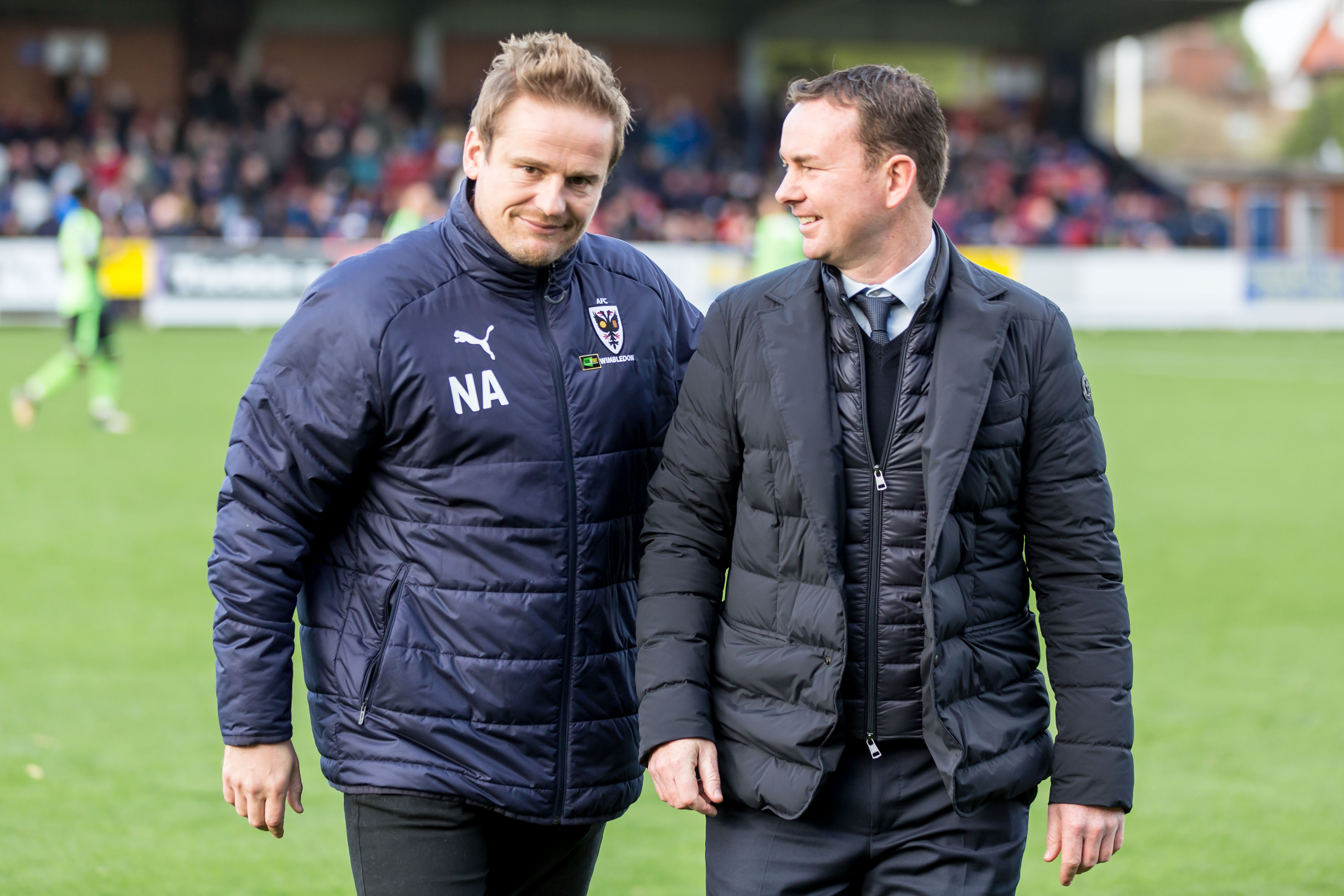 The AFC Wimbledon manager displayed the versatility of his squad, and his tactical acumen, as he deftly switched between three formations in a vain attempt to find an equaliser against Plymouth on Saturday.

One of the most frustrating experiences for supporters when results go against their team is looking on as a boss stubbornly sticks to formations and personnel in defiance of obvious failings – Ardley certainly cannot be accused of having no plan B.

The Dons manager started the day with a 4-4-1-1 that saw former Millwall midfielder Liam Trotter deployed behind Lyle Taylor as the link man between midfield and the lone forward, and the game started promisingly enough for the hosts.

Ardley’s men were on the front foot with Harry Forrester – what a signing he is beginning to look – and George Francomb curling efforts not too far away from Remi Matthews’ goal.

But as the half wore on, Trotter was dragged back towards familiar central midfield territory to leave Taylor isolated and struggling for space up against five defenders.

With compact Argyle squeezing the space between the lines, just as Ardley warned his players they would, there was a troubling raggedness to some of Wimbledon’s passing. Defenders and midfielders delayed the start of attacks by a vital half-second by hitting the ball two yards wide of team-mates rather than into their stride patterns.

It was a curious failing from a team that can also produce such glorious, raking crossfield balls from Forrester and from Will Nightingale in the heart of defence.

But such sumptuous passes serve only to remind Wimbledon supporters of the one that got away, and not just the supporters, it seems.

Not one of the reporters assembled to quiz Ardley in the wake of defeat mentioned the totemic target man who left for Millwall in the summer but, when asked about the change in fortunes for Taylor, who had scored a hat-trick in his previous outing, Ardley replied: “He’s not like Tom Elliott, where you can hit diagonal balls in the air and he can cause them a problem.”

Ardley has tried numerous combinations to combat the costly loss of hamstring victim Kwesi Appiah and seemed to have hit upon an answer with back-to-back wins only for things to come unstuck again against Plymouth.

Lesser managers would point to the sound and fury generated by Wimbledon as they threw the kitchen sink at the visitors in the last 12 minutes as vindication of their approach or as a hard-luck story.

Not Ardley, who pinpointed his side’s drift at the start of the second half as the period where the game was lost, culminating in Graham Carey being allowed to cut inside into the Wimbledon box for a second time before laying on the pass for Joel Grant to score the winner.

“The bit that’s annoying me is their goal has come from everything we warned our players would be the best chance they would have to score,” said Ardley afterwards, in the measured manner that is the closest the Dons manager comes to ‘fuming’.

Ardley responded to the goal by throwing on Cody McDonald up front alongside Taylor and then switched to three up front for the last 12 minutes as Egli Kaja was added to the mix. With the full-backs bombing on, the onslaught began.

Matthews – brought in by Plymouth on an emergency loan from Norwich City – did superbly to tip a McDonald header onto his bar and over. Forrester hit an effort from distance that the goalkeeper dived spectacularly to tip it away.

Barry Fuller had a powerful drive charged down from the resulting corner but it was clear it was going to be Plymouth’s day when Taylor and Barcham got in each other’s way deep into injury-time as they tried to get their heads on a Nightingale cross.

It proved a frustrating afternoon but the versatility Ardley has nurtured in his squad ensures the manager will have more tactical tweaks up his sleeve at Charlton on Saturday.

With Forrester beginning to look every bit a man who should be playing at least one tier higher – producing inviting crosses from deep and tackling tigerishly back in the full-back position – there are plenty of reasons for optimism.