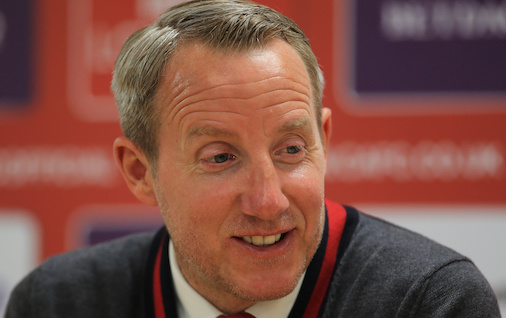 The Addicks are at Wembley for the first time since 1998 with Sunderland standing in their way of a return to the Championship.

Boss Bowyer, 42, has been huge in bringing unity between the playing squad and supporters.

More than 34,000 Charlton fans will be at this weekend’s match – and they also packed out The Valley for the semi-final second leg against Doncaster Rovers.

Bowyer said: “I want to thank the fans for their support and I’m glad they have been part of this big journey. We just need to give it one last push and enjoy the day.

“You have to enjoy it. The club has had so much negativity around the place, I’m only going on while I have been here, but now this is a positive thing.

“Enjoy it, because occasions like this don’t come around very often – I can assure you. I know I’ve only been managing five minutes but this is only the second time I’ve been to Wembley in 20 years of being in football.”

Bowyer told the South London Press on Thursday that he had his starting line-up nailed down.

“I know the team so hopefully nothing happens between now and the weekend.” he said. “Nine times out of 10 I’ll know by now, there is the odd time I’m still thinking about shape and personnel.

“I’m going with a proven side. It’s been working, this is what has got us here, so it is the right side for me.”