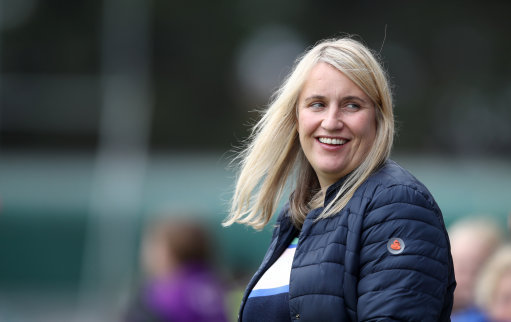 Emma Hayes is happy with her players having watched them overcome Yeovil Town 5-0 at Kingsmeadow Stadium on Sunday.

The Blues have struggled in the opening set of league matches and have conceded that they won’t defend their WSL1 title which looks destined to go to north London rivals Arsenal.

The season is not yet half way through, but the eight point difference and having played a game more than the Gooners looks a task too far, but the race for the coveted second spot, with Champions League qualification up for grabs, might be within their grasp, especially if they start to win more games like they did against Yeovil.

Hayes remained pragmatic on her evaluation of the match.

She said: “I’ve always said you have to create chances, and if you do that, goals will come.

“The team is finding its stride. I can’t do anything about the past, so I’m just concentrating on what we are doing going forward – it was a solid performance, nothing more.”

With no game next week, while the rest of the league play, the Blues could drop out of the top three. But Hayes hopes the time will be used effectively.

“I think we have work to do in certain areas,” she said.

“It’s important we spend the next two weeks on the training pitch improving ourselves further.”

The game was all but over before half-time, when the visitors went down to 10 having seen defender Nicola Cousins red-carded for hauling down last woman Erin Cuthbert.

“It killed it as a spectacle,” she said.

“They camped inside their penalty box, which is their prerogative, For us we moved the ball quite well, fashioned a lot of chances, and had another clean sheet, so I’m very happy about that.”

Hayes was more that happy.

“I gave Fran Kirby a rest – she was fit to play. I wanted to utilise the squad, that is what they are there for,” she said.

“We have Deanna Cooper and Anita Asante back from their ACL injuries, so we are almost at our full quota.

“Deanna worked so hard in the off-season to get herself fit. Look, it’s difficult, she has a lot of quality players ahead of her – so she needs to be patience, bide her time, and the opportunities will come for her