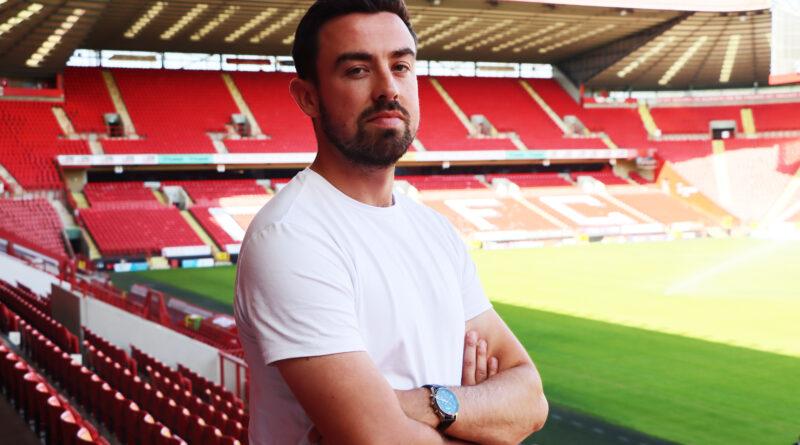 Dean Smith from RochdaleAFC.com – which provides a website, forum and podcast for the fans by the fans – gives his views.

HOW WOULD YOU SUM UP O’CONNELL’S TIME AT ROCHDALE?

O’Connell was brilliant for us, frankly. He got my Player of the Year vote in all three seasons for us and was a worthy skipper in the last couple of years too. It’s been a difficult few years for us, both on and off the field, but he’s been a bright spark throughout.

ARE YOU DISAPPOINTED TO SEE HIM LEAVE ROCHDALE?

I am gutted to see him go, although we’ve known if was coming for a while and frankly, he deserves to be playing in League One minimum in my opinion. Ethan Ebanks-Landell is a really solid signing but he has big shoes to fill if he is to be Eoghan’s replacement.

WHAT CAN CHARLTON FANS EXPECT FROM HIM?

Charlton fans can expect a very cool, collected centre-back. He’s brilliant with the ball at his feet, carrying the ball out or passing out from the back. That’s not to say he can’t do the nitty-gritty defensive work too. He’s strong in the air and in the tackle. He looked out of place in a struggling League Two side to be honest.

DO YOU BELIEVE HE WILL SUIT A BEN GARNER SIDE THAT IS LOOKING TO BE ATTACKING NEXT SEASON?

Absolutely. We had Eoghan on the podcast a while ago and he spoke about preferring to play an attacking style. For a centre-back he’s one of the most forward-thinking players I’ve seen. He’s capable of stepping into midfield and starting attacks so I can definitely see him fitting in that way.

WHAT ARE HIS STRENGTHS?

He’s a big character, strong physically and a clever defender who can read the play well. But undoubtedly his best qualities are with the ball, he can dribble and pass through the lines and even has a decent long range strike on him – as his goal against Hartlepool showed.

WHAT ARE HIS WEAKNESSES?

He doesn’t have too many weaknesses but the obvious one is a lack of pace, which can be exposed in a back two. There were questions about his attitude at times last season but the moments of frustration were understandable, as the fans felt them too, and he was clearly a level above most of his team-mates.

DO YOU BELIEVE O’CONNELL CAN BECOME A LEADER FOR CHARLTON AFTER THE DEPARTURE OF JASON PEARCE?

O’Connell definitely has leadership qualities and from what I can gather he was a popular member of the squad who other players looked up to. At times he showed frustration with his team-mates but in a dressing room that lacked characters he was a big one for us last season in particular.

I’m glad that he’s left for a club like Charlton. The way their fans have rallied round us in the last year has been brilliant to see and while other big players have left for clubs I’m not fond of, I genuinely wish EOC and Charlton all the best. A great club with great fans.