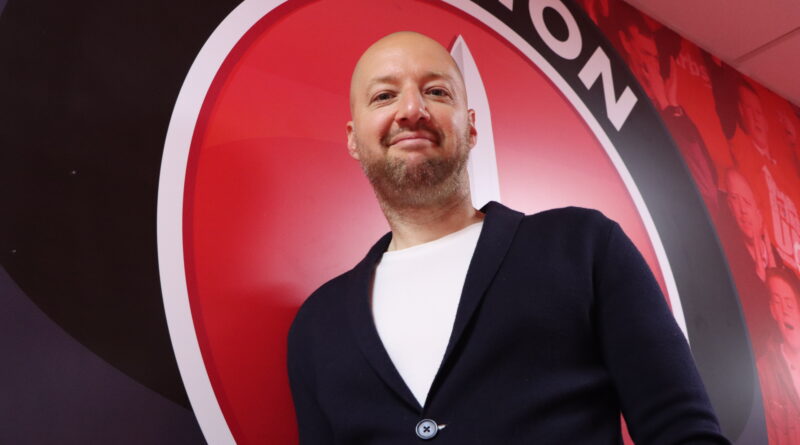 Charlton Athletic owner Thomas Sandgaard says that Ben Garner “ticked all the boxes” when he was looking for a replacement for Johnnie Jackson – and added that there were more than 40 candidates who registered their interest in the vacant managerial role.

The Addicks announced on Wednesday that Garner would take over at the Valley on a three-year deal.

The 42-year-old initially progressed through Crystal Palace’s academy as a coach. He was promoted to the first team by Ian Holloway and worked alongside Tony Pulis, Neil Warnock and Alan Pardew in the first team before leaving the Eagles in 2015.

Garner has also previously been the assistant head coach to Pulis at West Brom and manager at Bristol Rovers since leaving Selhurst Park.

His recent success came last season with League Two side Swindon Town, guiding the club to the play-offs in his first campaign in charge. But the Wiltshire side would lose on penalties to eventual play-off winners Port Vale.

Garner is the third managerial appointment made by Sandgaard since he acquired the club in September 2020.

“I’m very excited to have Ben Garner on board,” the US-based Danish businessman told TalkSPORT.

“I’m excited to have the whole recruitment process now finally over so we can look forward. It’s only been a few minutes, and we’re already talking about how we can shape the team [for next season] too.

“To get us out of League One, I believe we can do that best with an attacking style of football and being consistent – just keep building.”

When asked how Garner’s interview convinced him that he was the right manager to guide Charlton out of League One, Sandgaard added: “We have interviewed a lot of candidates – more than a dozen – over 40-plus were interested in the position.

“I have interviewed managers who are primarily from an assistant coach background – there were some really seasoned and smart people who know football and modern football really well.

“Ben simply ticked all the boxes. He has a very calm demeanour – very confident. He is really good at man-management – it’s extremely important at this level. [Also his] style of play, and his ability to develop players [impressed].

“We have had a lot of candidates that had good qualifications in one area, maybe not so much in another, but it was really the well-rounded profile that I saw in Ben that made us go for him.”