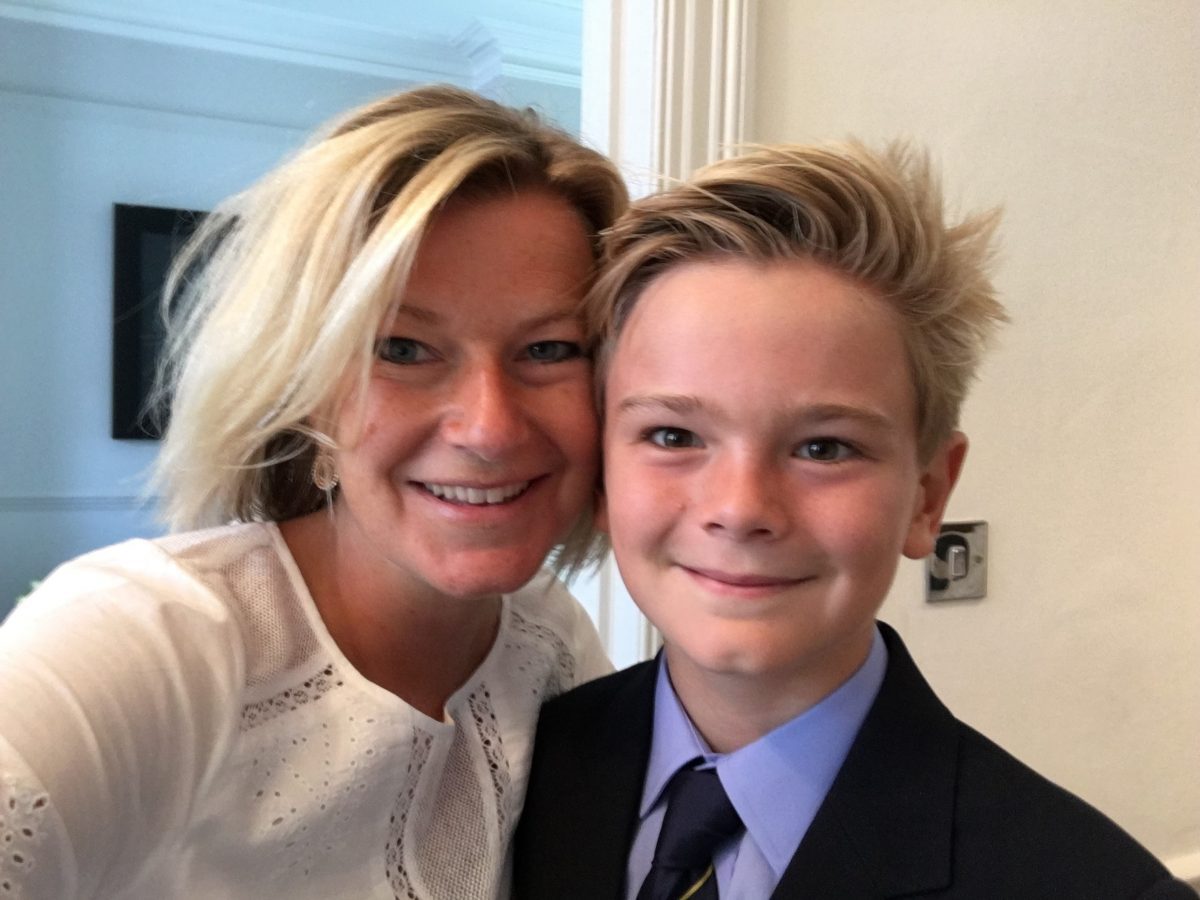 I  was diagnosed with breast cancer in December 2006. It was such a shock as I was only 31 and there wasn’t any history of anyone in my family having had breast cancer.

I discovered the lump while I was putting on some moisturiser and mentioned it to my husband who, like me, thought there was probably nothing to worry about.

Our son, Ben, was only 10 months old at the time and, as I had only recently finished breast-feeding him, I genuinely assumed it was just a blocked milk duct or perhaps a cyst. I was going to ignore it but then I called my mum and she said “no” you must get it checked out.

I went to the clinic and had all the usual tests and then my oncologist confirmed the news…I had breast cancer.

There were only two weeks between my finding the lump, diagnosis and the mastectomy plus lymph node removal on December 14, 2006 – the day before my son’s first birthday. I was extremely grateful to be back home just before Christmas Day.

It was a very difficult time for everyone as my husband’s brother sadly passed away the following day after battling a brain tumour.

We had Christmas at home with my parents arriving from Sheffield and my sister and brother coming, too. Everyone around me was wonderful, especially my husband and my mum, and we still managed to have a lovely Christmas.

I had all my treatment at The Royal Marsden Hospital and they were amazing. They managed, somehow, to make a horrible experience seem quite normal.

I started my chemotherapy on January 2, 2007 and I remember a good friend of mine saying: “You just have to look at it that you’ve taken up a really weird hobby for 18 months.”

Looking after my baby was obviously very hard as you’re just so tired but all the support I had made everything much more bearable. I’m not a religious person but I remember sitting beside Ben’s cot thinking ‘I just want to see what you’ll look like as you grow older, I want to hear your voice’.

By September 2007 I was starting to feel a little more ‘normal’ – I have to say, though, losing my hair was definitely the hardest part for me. It was a very hot summer and there were times when I went out for a walk or something without my wig on and it’s difficult to ignore the pitying looks.

It’s a few years down the line now and I no longer think about my breast cancer on a daily basis – I can go weeks without thinking about it. I do tend to think differently now, though – I don’t worry about silly things and I feel I appreciate things that maybe other people take for granted.

I decided against have a breast reconstruction in the end as I can still wear what I like. It’s amazing what you can achieve with stick-on boobs. I’ve worn a bikini and strapless dresses, so why bother with more surgery?

I decided to do The MoonWalk in 2018 as I really want to give something back.

I feel very fortunate that I benefited from all the various drugs and treatments that I had during my illness. Most of these were available through the hard work that others have done by fundraising and giving their money towards research.

My mum will also be walking with me as she said: “I really want to do this with you.” We’re both very excited and really looking forward to the challenge of The Moonwalk next month.” Don’t miss The MoonWalk London, on Saturday, May 12. Power Walk through the capital at midnight wearing a decorated bra, as you raise money and awareness for breast cancer charity, Walk the Walk. Sign up now: www.walkthewalk.org