Webster said. “There’s an eight-metre concrete surround to the throwing circle so the challenge was to get the 5.45 kilogram weight on to the grass, which I just managed to do.”

Webster, who took up athletics at John Fisher School, Purley, under the noted coach Franz Stampfl when he was just 12, was delighted to be back competing and winning.

“I’ve managed to get a bit of training throwing the javelin in my back garden,” said Webster. “It was the first time an over 80 had thrown the heavy hammer at the Surrey Masters Championships, so I was the inaugural winner of the event for my age group. I originally planned to also throw the hammer and javelin but, because of the hot weather I decided to limit myself to one event.” 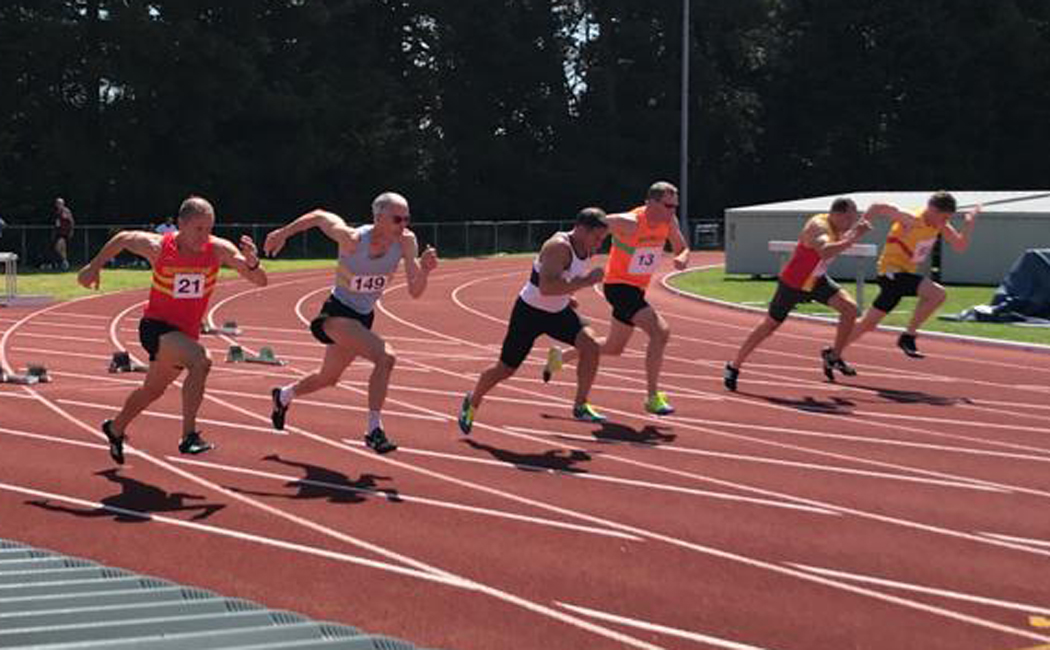 Will Woodcock made a winning debut when he headed home a 466-strong field on Clapham Common (16:46).

Robbie Hynes headed home the 236-strong field with a winning debut at Rickmansworth in 16:51.

Supervet Justin Reid won at Bangor, Northern Ireland in 17:31, the top age-graded performance of the day and just 11 seconds slower than his best for the course. Helen Davies was the top woman finisher at Hanworth where she made winning debut in 21:56.

Teenager Hector Revill was the best of 10 Hercules Wimbledon runners on Wimbledon Common, finishing 13th of 352 runners in 19:15. Lisa Thomas was second woman in 20:36.

Richard McDowell headed home the 49 runners in Veteran Athletic Club’s 5,000m track championship at Wimbledon Park in 15:34.46. He was 49 seconds clear of the second runner.

Main Pic: Hercules Wimbledon’s Lisa Thomas and Stuart White who picked up a total of five medals at the Surrey Masters Championships