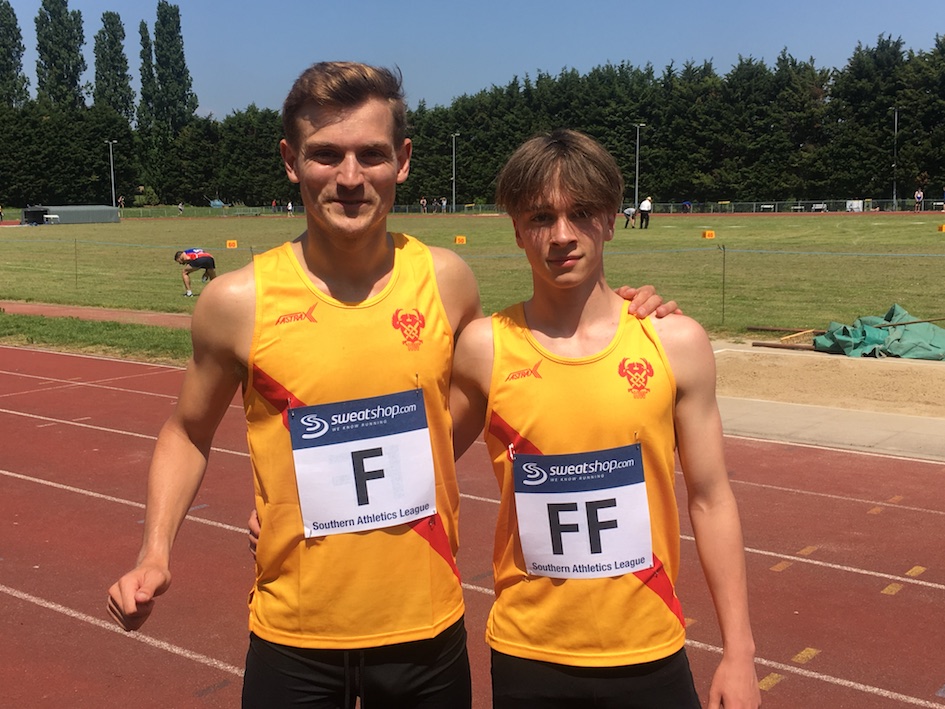 Teenager Chad Miller posted the best performances of his life at meetings in Cardiff and Loughborough to majorly boost his chances of representing Britain in the European Junior Championships in Hungary this summer.

Miller, 18, produced two impressive runs at the Loughborough International meeting on Sunday where he gained his first GB vest. He ran a superb leg to anchor GB juniors to a narrow victory over the senior England team after the latter were disqualified.

He later finished a close second in the 200metres in a personal best of 21.17 seconds, just eight-hundreds of a second behind the winner.

Four days earlier he ran two races in the Welsh Run with the Wind Sprints meeting in Cardiff and then he had relay practice in Loughborough on Friday and Saturday before Sunday’s big meeting.

Miller’s 21.17 improved on his previous legal best of 21.34 set in the opening round of the England championships in Bedford last year where he finished fifth in the final.

Four days before Loughborough, Miller was in action in Cardiff where – with the benefit of a significant 3.7 metres per second tailwind – he won in 20.68 seconds, his fastest-ever time over the distance. He also won the 100 metres in a lifetime best of 10.29, again with a strong 3.3 metres-per-second following wind.

He overshadowed his older brother Rechmial for the first time. He is now looking for a race in Europe where he can achieve the 21 seconds qualifying time for the Euro Junior championships being held in Gyor from July 5-8. He is currently ranked second among GB juniors over 100m and fourth over 200m.

Rechmial Miller, who will be 20 at the end of June, was third in his 200m race at Loughborough in 21.50, running into a 1.5 metres-per-second headwind.

Hercules Wimbledon had a clean sweep in the relays winning all four races. Other winners in the men’s events were David Lewin (3000m B), Rob Tuer (3000m steeplechase A), Dave Orchard (pole vault A and shot and hammer B), Sam Hitchings (hammer and shot A).

Jonny Cornish was the fastest of five Hercules Wimbledon runners in the Night of 10,000 metres race meeting at Parliament Hill Fields on Saturday incorporating the British Championships.