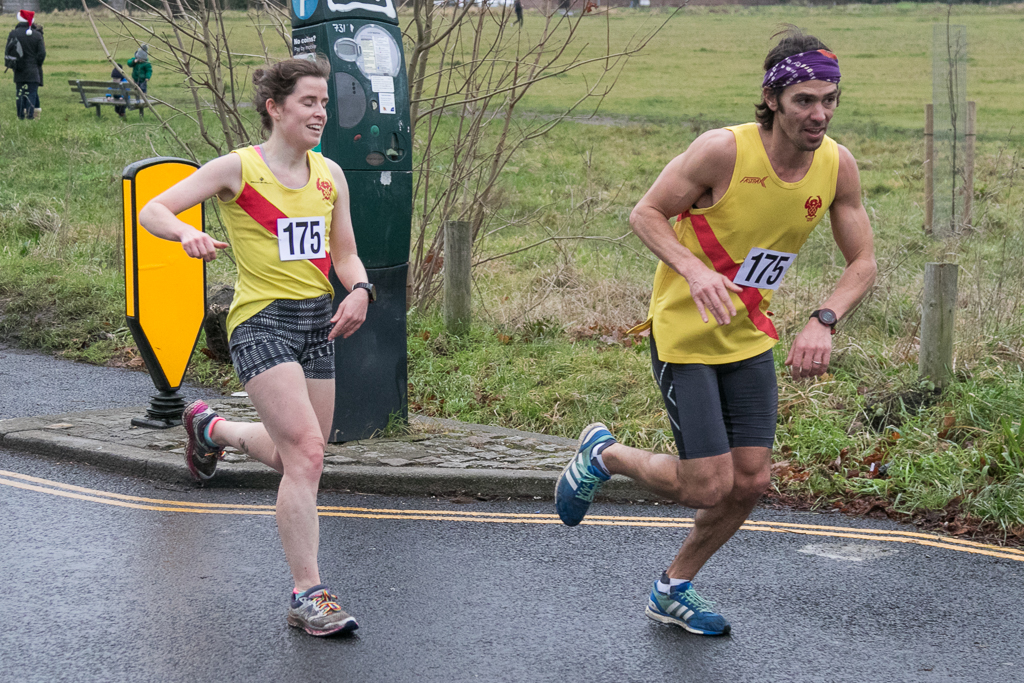 Fourteen pairs of runners took part in the event, in which they run alternately for half-an-hour.

The pair covering the furthest distance are the winners and this distinction went to Eileen Brandley and Dave Grima, who covered five miles 1,060 yards within the time allocated.

Toomer, a frequent winner on Wimbledon Common, showed the way home for the 416 runners on his debut appearance in the Richmond Park event winning in 16:02, to post the top age-graded performance narrowly beating his  club-mate Fred Slemeck, who was two seconds behind.

Teenager Zac Purnell was the first of 22 Hercules Wimbledon runners in the Wimbledon Common event, finishing fourth out of 393 runners in 17:57 in his first appearance in the event since last Christmas when the 16-year-old was third in a personal best of 17:31.

Adam Harwood, a Wimbledon Common regular, was eighth in 18:18, one place ahead of Henry Silverstein (18:21) with Claire Grima first woman in 18:52 as she posted the day’s top age-graded performance.

Her brother-in-law Alex finished 31st on his first appearance in the event since June 2013 while Eileen Brandley was third woman finisher in 20:28. Jonny Cornish won the Didcot 5km parkrun by 27 seconds in 16:04.

Georgina Clarke was second woman finisher in the Park event in Devon in a PB of 21:26, almost one-and-a-half minutes fastest than her previous best set in August last year. Felix Allen was second in Hillsborough parkrun in Sheffield in 18:15, his debut in the event.

Allen, who this autumn has contested the Polar Marathon in sub-zero temperatures in Greenland and the Senegal marathon in tropical heat, had competed the weekend before in the challenging Portsmouth Coastal Waterside Marathon, his sixth marathon in 12 weeks.

He was 10th out of 879 competitors and third veteran over-40 finisher in 3:03:32. His Hercules Wimbledon club mate Tom Cheetham was 32nd

Allen said: “For the past few years, Tom and I have competed in this flat but brutal festive marathon.

“The usual perils of rain, hail, wind and deep mud were absent this year, but wearing just a Hercules Wimbledon vest it was a bitterly cold race on icy ground. It’s a tough course with a mixture tarmac, grass, mud, trail and, worst of all, shine with various gates and twists and turns to deal with.

“This year, due to tidal times, they tinkered with the course which meant we ended up running an extra mile or so, but we were both pleased with our runs.

Hercules Wimbledon’s final promotion of the year is the Hercules Wimbledon/Lauriston Runners Club’s five miles multi-terrain race on Wimbledon Common on Saturday, from the junction of North Side and West Place, starting at 2pm.