Ellen Weir battled through hurricane force winds in Liverpool on Saturday to make Britain’s team for the European Cross Country Championships in Dublin next month.

A downhill start with a 40 miles-per-hour tailwind encouraged some runners to make very fast starts for which they suffered later. Weir wisely held back and moved steadily through the field from about 20th position to finish fifth.

“I’m thrilled to have made the Dublin team and am very excited about it”, she said. The European Championships are being held on Sunday, December 12.

Hercules Wimbledon’s cross country runners will be in action in the second of this season’s Downs Young Athletes Cross Country League matches on Epsom Downs on Sunday morning.

Hercules’ girls U11 and U13 teams did particularly well in winning their contests in last month’s opening match of the season. Isabella Harrison led the U13 team to victory in taking the individual honours in 12:43 seconds. She triumphed in a tight finish beating her closest rival by just one second. 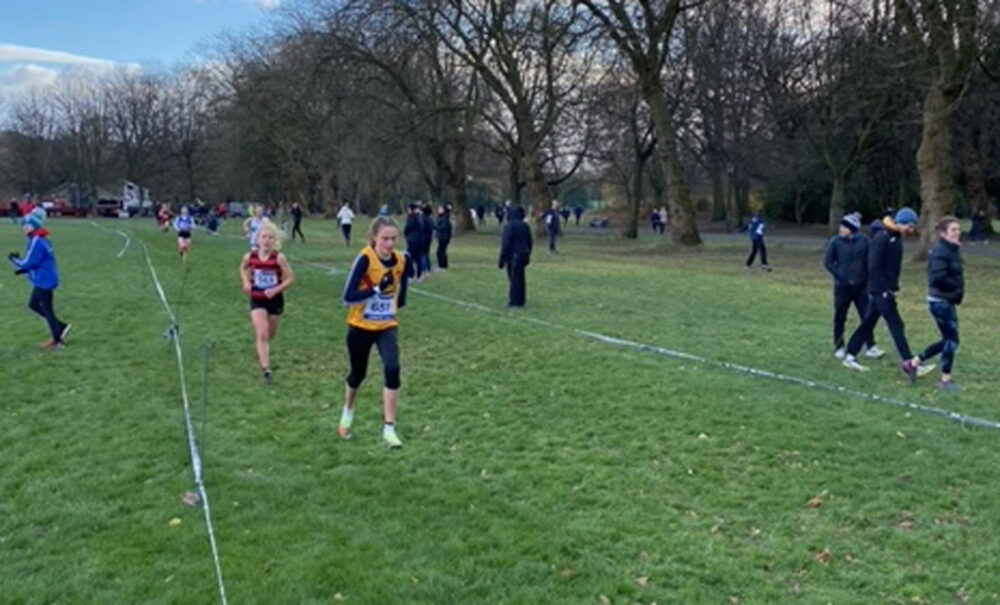 Poppy Guest led Hercules Wimbledon to team success in the U11 girls 2.2km race, finishing fourth in 9:18. With Enoki Calvert-Ansari fifth in 9:32, Tilly Chrome 10th in 9:58 and Freia Harper-Tee 11th in 10:03, Hercules Wimbledon were again the top team.