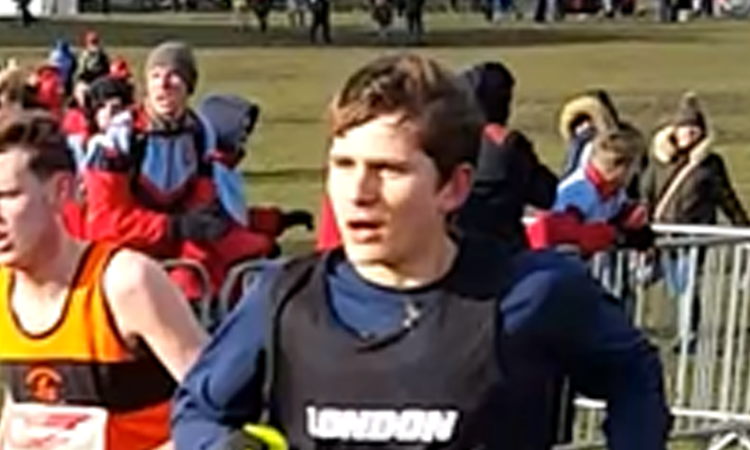 While the freezing weather that gripped the country last weekend wiped out much of the athletics programme, including the South of England road relay championships, teenager Zac Purnell managed to defy the conditions to race on Saturday and train on Sunday.

The 16-year-old Wandsworth schoolboy turned out in wintry conditions in the English schools cross country championships at Temple Newsam, Leeds, on Saturday. He was fourth out of the eight London team runners in the senior boys race.

On Sunday he turned out for duathlon training at Kew in preparation for the first race of the Junior Super Series, part of the British duathlon championships, at Bedford Autodrome this coming weekend.

There are limited places for the Super Series triathlons. Purnell will take part in an assessment weekend next month to decide who should be offered places.

Georgina Clarke was the sixth scorer of the London team that took silver medals in the English schools junior girls championship in Leeds. Her club-mate Ellen Weir was the second Surrey finisher, taking 51st place out of 342 runners compared with Georgina’s 89th.

The previous weekend both Weir and Purnell were in action for Surrey in the UK Inter-Counties cross country championships at Prestwold Hall, Loughborough.

Ben Toomer helped Surrey take the bronze team medals in the senior men’s championship. He was the fifth Surrey finisher, taking 70th place out of 284 runners. Club-mate Andrew Penney, who was brought in as a late replacement, was eighth Surrey finisher in 105th place. Representing Oxfordshire, Jonny Cornish was 153rd.

Dominic Bokor-Ingram was firm favourite to take gold in the European Masters Indoor men’s over-50 400 metres championship in Madrid this week after posting the fastest times in the event in the two qualifying rounds on Monday.

Bokor-Ingram was easily the fastest of the six qualifiers for the final in winning his semi-final in 53.46 seconds, more than a second faster than his nearest rival. Earlier, the British Masters indoor 60, 200 and 400 metres champions, won his first round heat in 55.86.

Entries are already being received for the annual Hercules Wimbledon Young Athletes Open Meeting which is being staged at Wimbledon Park athletics track on April 8. The meeting, a traditional curtain-raiser to the track and field season, is being staged for the 37th time. Entries close on March 31.

Peter Collins posted the top men’s age-graded performance in the Wimbledon Common 5km parkrun on Saturday, finishing fourth out of 249 runners in 18:32. He was the first veteran over-45 finisher.

First of the 14 Hercules Wimbledon finishers was Adam Harwood who was second in 18:32. Joe Toomey was second of the 198 finishers when he made his debut appearance at Brockwell Park. He clocked 17:49. Over-55 veterans Richard Evans and Charles Hamden-Smith posted the top two age-graded performances at Wormwood Scrubs, where they were third and fourth of in 23:12 and 23:22 respectively.

Felix Allen was second of 251 runners on his debut appearance in the Forest Rec parkrun in Nottingham in 18:29, three seconds behind the winner.