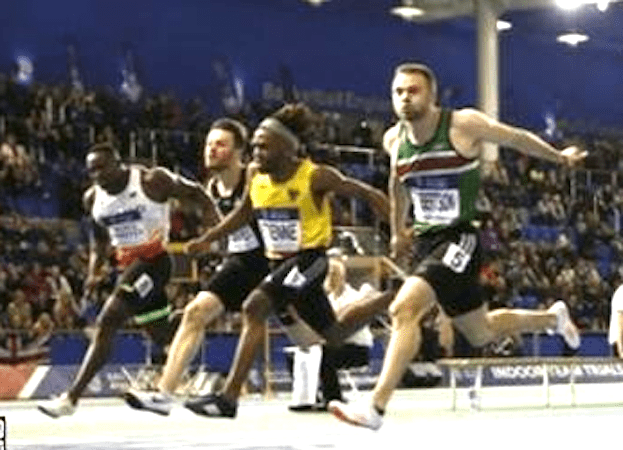 Three of Hercules Wimbledon Athletic Club’s top athletes have been shortlisted for the Active Wandsworth Sports Awards for their performances in 2017.

The trio is headed by teenage sprinter Jaleel Roper, who went through the entire 2017 season unbeaten in championship races.

Roper, who will celebrate his 15th birthday on Saturday, the day after the awards ceremony in the Civic Suite at Wandsworth Town Hall, lifted the England boys under-15 100m and 200m titles at Bedford in August to cap an outstanding season. Earlier he had won the English schools and South of England 100m titles, the South-East Schools inter-counties 100m event plus the Surrey Schools and Surrey County 100m titles.

Roper gave an indication of the outstanding summer season he was to enjoy as he lifted the England indoor 60m and 200m titles in Sheffield in February, a week after lifting the Surrey indoor 60 metres title at Carshalton. He began 2017 by winning the South of England 60 and 200 metres gold medals at Lee Valley on the first weekend in January. He topped the UK under-15 60m and 200m rankings in 2017 and was second fastest for his age group over 100metres.

Roper has been shortlisted for the Junior Sports Person of the Year award.

Chad Miller and Theo Etienne have also been shortlisted for the award.

Miller, 17, made a big breakthrough last year when he was selected to represent England in the Commonwealth Youth Games in the Bahamas in July where he took the individual bronze medal in the 200m and was a member of the silver medal-winning mixed sprint relay quartet. He managed to finish fifth in the England under-20 200m championship at Bedford in June, running against athletes much older than him.

Etienne made a flying start to 2017 by finishing a fine runner-up in the British indoor 60m championship in Sheffield to gain selection for the European indoor championships in Belgrade where he got through to the final finishing fifth.

Gary Forde, newly-appointed officials secretary, has been shortlisted for the voluntary services to sport and physical education category.

The club will be going flat out to win the Start Fitness Surrey Men’s cross country league title on Wimbledon Common on Saturday for the first time for many years.

The squad, which has been enjoying an outstanding season and posted their best South of England performance since 1974 in Brighton earlier this month, go into the final match with a slender 14-point lead over defending champions Kent AC.

The senior men’s five miles race starts from the Richardson Evans Memorial Playing Fields, Putney Vale at 3pm. The young athletes race over half the distance starts at 2.30pm.

Hercules Wimbledon’s women’s cross country runners are in action in the final Start Fitness Surrey Ladies League match in Richmond Park. The races start close to Pembroke Lodge with the under-15 and under-17 girls at 12 noon, the under-13 girls at 12.30pm and the senior women at 1pm.