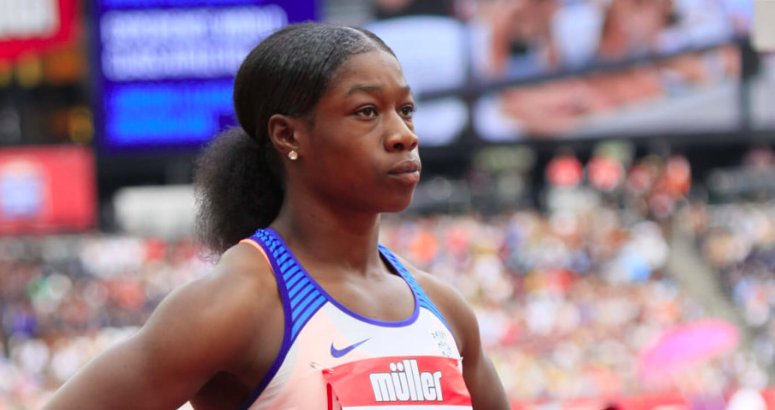 Kristal Awuah’s entry into the senior ranks has seen her get straight down to business.

The 19-year-old, from Streatham, had an extremely successful 2018, breaking records at U20 level and winning the World Junior Championship bronze medals at both 100m and 4x100m.

She was honoured for those achievements at the Herne Hill Harriers annual presentation awards evening last Saturday.

But Awuah was not there to pick up her accolade – instead smashing her 60m PB at the ISTAF Meet in Berlin in 7.19 seconds. She had set a new club senior women’s record at the distance of 7.30 a week earlier at the PSD-Bank Indoor Meeting in Dortmund.

It catapults Awuah to joint sixth on the UK women’s all-time list for 60m. The only British teenager to ever run faster than her for 60m is the current European senior women’s 100m and 200m champion Dina Asher-Smith.

The trials for the European Indoor championship are at the British champs in Birmingham this coming weekend, where Awuah will be looking to go even faster.

In road race action on Sunday, two Herne Hill athletes ran huge PB times for 10km. Fiona de Mauny is better known for her 800m exploits, and latterly also some good 400m and 1,500m racing at the World Masters Championship in Malaga last September. But on her 36th birthday, she shattered her PB at the Chichester 10km, where she took 89 seconds off her best time, with her 13th women’s placing in 36:42.

Jordan Foster was also under 37 minutes for the first time, with a breakthrough PB of 36:51 to be the third woman home at the 10km Regent’s Park London Winter Run.

Steph McCall was on the Isle of Wight and incorporated the Ryde 10-mile road race into her long Sunday session, as she prepares for this year’s London Marathon. Her time of 61:51 on a very hilly course, that was actually 10.2 miles, equates to 6:06 minutes per mile and won her the first woman award at the race.