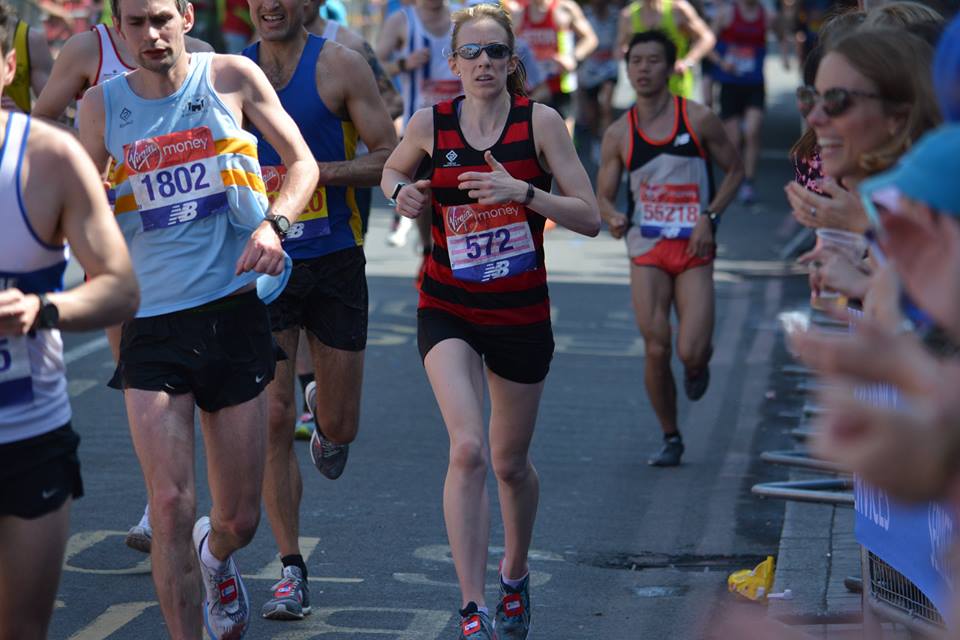 The first man home wearing Herne Hill Harriers’ red-and-black at the London Marathon was Nick Bester, who ran a PB of 2:35:17 that placed him 72nd.

Richard Henderson clocked 2:35:37, an improvement of 52 minutes and a fine PB.

The leading Herne Hill lady was England half-marathon international Stacey Ward on her debut at the full marathon distance.

Ward – who suffered two bouts of flu during her training – placed in the top dozen from the women’s non-elite start (2:55:38) and was crowned as Harriers women’s marathon champion for this year.

The next Herne Hill man after Henderson was Matt Robertson (2:41:53).

In the London Borough Challenge – held in conjunction with the national races – Chilton, Stillman and Bowen were second, third and fourth respectively in their race categories.