The Harriers contingent brought home a good medal haul between them, including a championship best performance.

European outdoor double silver medalist Fiona de Mauny had to refocus her targets after the Coronavirus situation led to the postponement of the European Masters Indoor Championships in Braga. The British Championship suddenly became her goal for the winter rather than just race practice.

When it comes to perfect execution of tactical nous there are few better than Gary Ironmonger. He delivered superbly again, as his M55 gold medal runs over 1,500m in 4:38.41 on Saturday and 800m in 2:17.63 represented a return to form at the right time for him after injury issues over the last year. 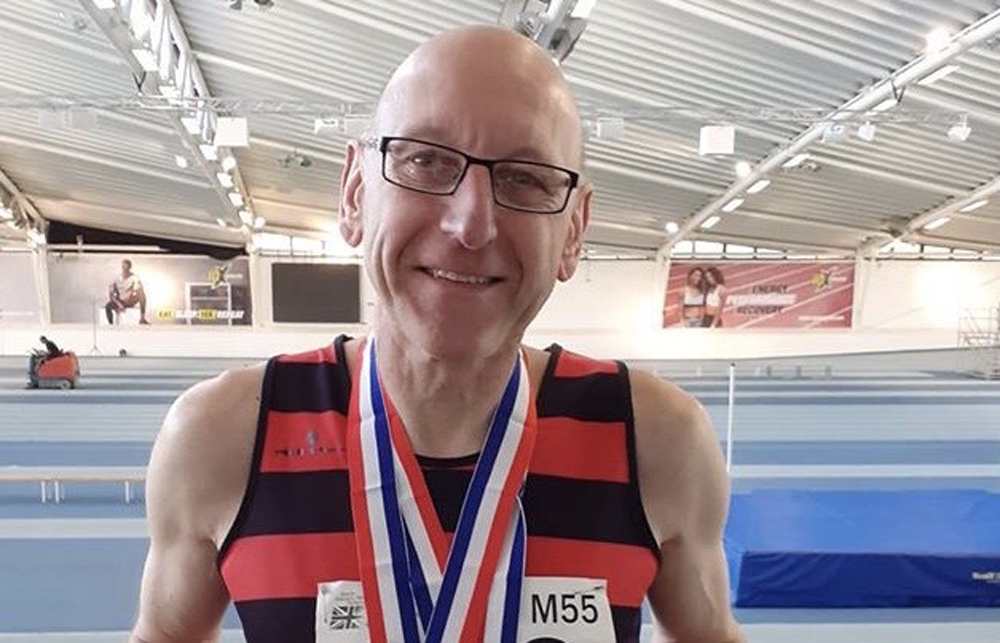 Even now he cannot run his sessions on a track.

Giuseppe Minetti is the M50 European outdoor 200m champion and his victory margin was very emphatic for such a short distance – his 24.18 was quicker than in his final when he won his title last September in Jesolo, although he did run faster in his semi-final there.

The previous day he had claimed 60m bronze in 7.45 seconds and such was the quality of the field his time actually ranks him sixth on the UK M50 60m indoor all time list.

Simon Coombes won a silver medal in one of the higher quality races of the weekend as his M45 time of 4:12.77 wasn’t quite enough to win a strong event.

Nick Bester followed up his London Big Half PB last week with an even bigger one at the Cambridge Half Marathon – placing seventh overall (68:49). Angus Butler ran a PB 10km time of 32:27 in Victoria Park.

There were two Herne Hill men and two women racing at the UK Inter Counties Cross Country Championship at Prestwold Hall, Loughborough. This was a rare year with no Harriers seniors in the Surrey teams. Richard Henderson placed 127th in a Bedfordshire vest and Jack Dickenson 184th running for Warwickshire.

There was also an unusually low number of Herne Hill young athletes racing for Surrey this year, with the best of those who did represent their county team being Phoebe Bowen, 53rd in the U17 women’s race.

A number of other youngsters raced at the East Surrey League Cross Country fixture in Lloyd Park where the boys and girls teams both placed second.