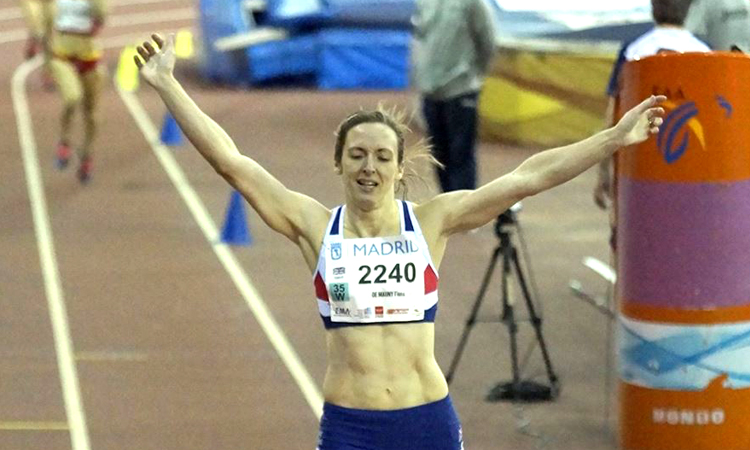 It is her first year in that age category, have turned 35 in February, and she produced a perfectly-executed run in Madrid which saw her lead from gun to tape and produce a huge indoor PB of 2:12.28.

De Mauny followed up her 800m win the following day with an understandably tired sixth place in the 1,500m final, still running 4:48.15 for a season’s best to cap a marvellous three days of racing after the 800m heat and final.

Harriers’ women emulated this feat as they occupied the first three female places courtesy of Karen Ellison (first in 41:40), Monika Gajek (second in 42:52) and Helen Hadjam (third in 42:54), with Abby Pennington sixth in 46.06.