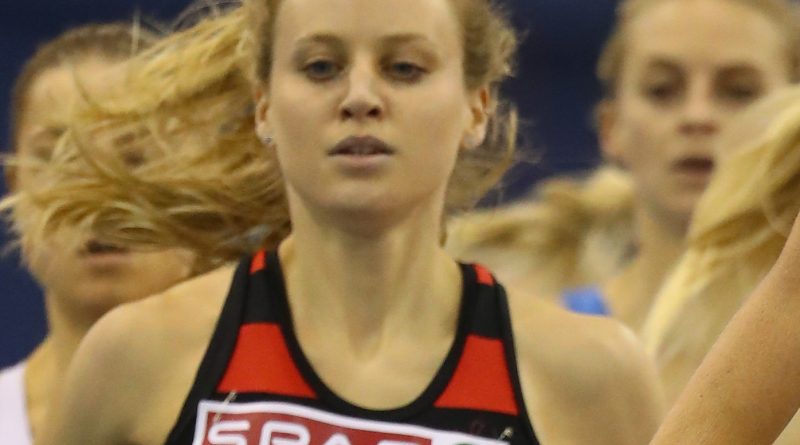 Herne Hill Harriers’ Commonwealth Games 1,500m finalist Katie Snowden opened her summer outdoor season at the highest level as she raced in the women’s mile race at the FBK Games IAAF World Challenge Meeting in Hengelo, Holland against a world-class field of athletes.

The somewhat scrappy nature of the race with an uneven pace with athletes inevitably spiking each other was not ideal, but this was a vital first outing for this stage of the season.

It was a race which will help Snowden as she continues to develop her racing craft with the European Championship Trials scheduled for the end of this month.

Another top Herne Hill female middle distance runner, Australian Chloe Tighe pulled off her biggest race win to date with a superb victory in the Elite Women’s Mile race at the prestigious 2018 Leonora Golden Gift meet in the Australian outback.

Harriers National League track teams have got off to disappointing starts.

The men’s British League team followed a very poor first match with an improved showing at Portsmouth, but they still finished last in eighth place.

The UK Women’s League team was badly-affected on Sunday by a very low turnout and inevitably finished seventh and last in their opening fixture at Bedford.

There were some excellent individual performances in both matches. Although Samuel Adeyemi was Herne Hill’s only event winner in the B string 400m in 48.42, this was a day of strong competition as Harriers are currently in the second highest men’s division in Britain.

Third-placed athletes were in the field events, thanks to Stuart Thurgood’s 49.50m in the A hammer and 11.74m in the B shot, plus Sebastian Wilson Dyer Gough’s 7.05m in the A long jump. In the A pole vault Charlie Maw cleared 4.63m, a PB by 13cm, to finish fourth.

Obijiaku placed second in the hammer, throwing 52.04m, as did Lakeisha Owusu-Junior with 12.40 and Lillian Matamola with 12.74 in the A and B string 100m races, Hazel Robertson in the B hammer with 40.19m and Charlotte Nicholls was second in the B string discus with 26.06m.