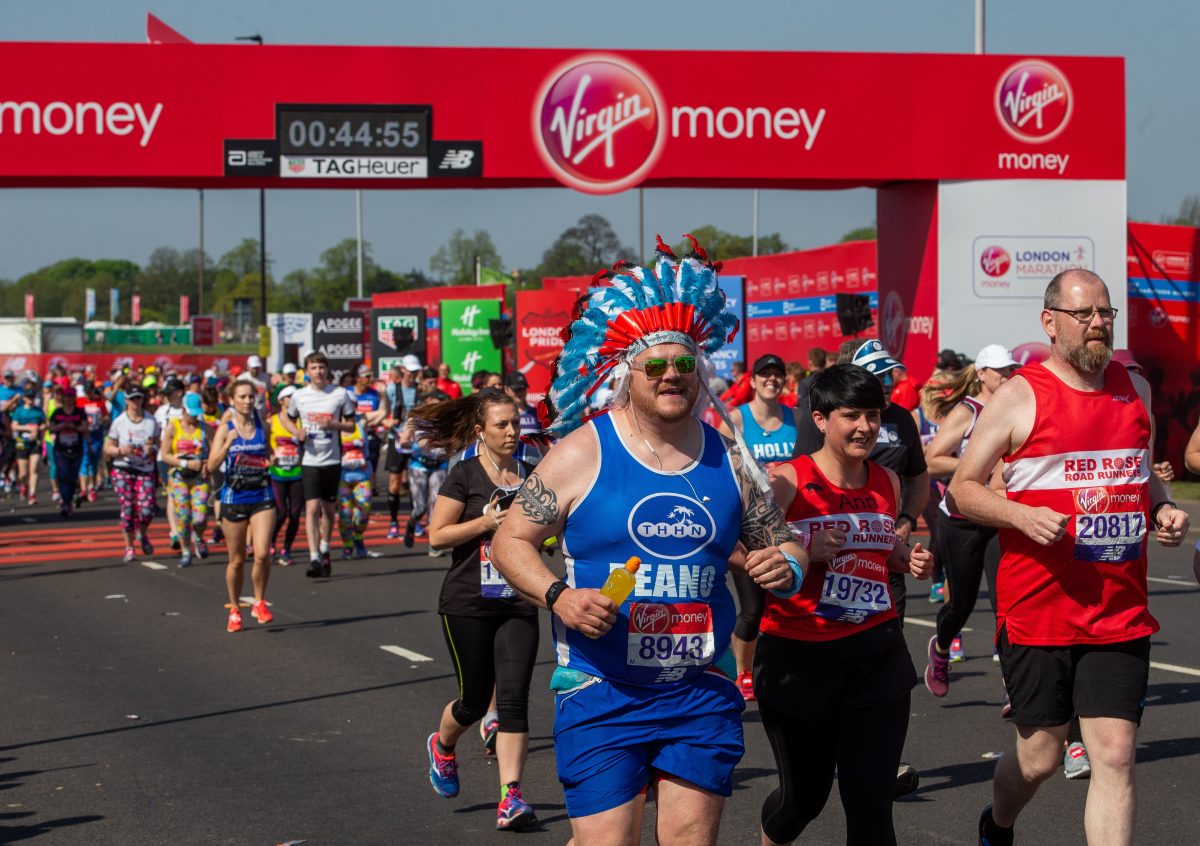 A record-breaking Virgin Money London Marathon had a royal start when the Queen hit the starter button from Windsor Castle that saw more than 40,000 runners surge over the start line in Blackheath.

It was the hottest race day on record, where temperatures reached 24.1C on Sunday.

Charities benefited from the cash raised from the thousands of runners.

But the multi-Olympian gold medalist could not keep up with Ethiopia’s Tola Shura Kitata, who came second, and Kenya’s Eliud Kipchoge who won his third London Marathon.

More than 180,000 litres of water was distributed by volunteers to the runners.

Scouts from across South London took part by volunteering for water stations and clean-up crews.

Sophie, a Beaver aged six, from the 36th Woolwich, said: “We had to keep opening lots of bottles because the runners needed it. It’s a really long way.”

But there was a moment of confusion with the elite runners as Farah tried to grab his drink bottle but the excited volunteers did not manage to hand it to him.

He then had a heated exchange with the motorbike safety officers.

There were 34 Guinness World Records as runners crossed the line in fancy dress costumes.

Kipchoge’s victory was the 14th by a Kenyan man in London.

His victory completed a seventh London double by Kenya after compatriot Vivian Cheruiyot had overhauled record-chasing favourite Mary Keitany for the biggest win of her burgeoning road race career.