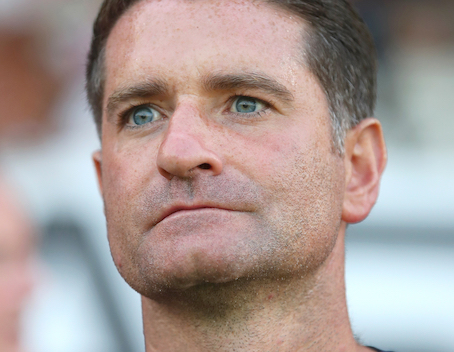 Roy Hodgson says that it was a “very good decision” to bring in former Eagles’ U23 coach Dave Reddington earlier on this season when previous first-team coach Steven Reid left abruptly to take a break from football in September.

“He’s done the job that Steven Reid was doing before him and, of course, he had to leave us, but I think that we made a very good decision by asking Dave to move up from the U23s where we knew of his work.”

Reddington originally linked up with the Palace in 2004, working in the academy with the U13-U16 teams for four years before returning to SE25 after a spell at Watford. On his return, he was assistant to U23 manager Richard Shaw for two seasons before being promoted up to the first-team, initially as cover, before being given the role full-time.

“For him, it was quite a big step at the time, but I believe he’s enjoyed it,” continued Hodgson.

“We watched the U23s and saw that they were a coached and organised team, He got on very well with Richard Shaw there. It’s good when you can appoint from within and find the right man to step up and join you and we are certainly more than satisfied with the work he does.

“I try to involve him as much as I can, as does Ray [Lewington – Assistant Manager], so he’s taken on a lot more responsibility as the time moves on.

“Our coaching staff is a relatively small one; there’s three of us and a goalkeeper coach. Compared to some staffs it is relatively small, but I believe that it is a staff which is more than competent and able to do the job with the squad that we have out on the field.”