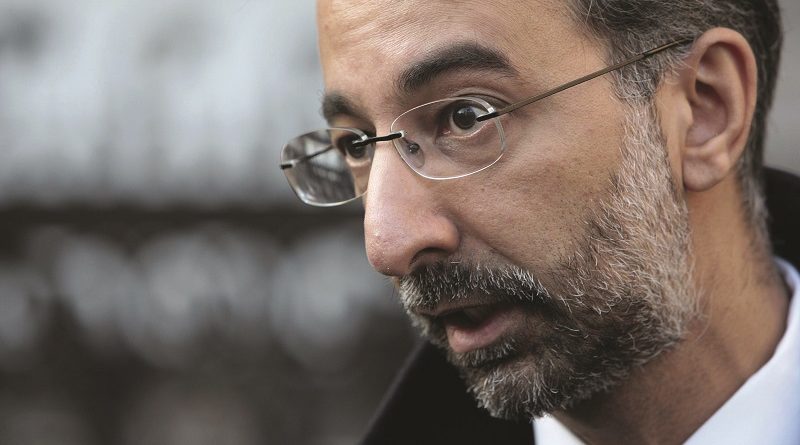 The highest profile lawyer working on compensation for victims of systematic child abuse by a paedophile ring has said his clients are having to prove too much about their ordeal and payments are taking too long.

Imran Khan, who represented the family of murdered Eltham teenager Stephen Lawrence at a public inquiry in 1998, said the Lambeth redress scheme for abuse survivors is “not fit for purpose”.

He is one of a string of lawyers representing more than 1,000 people who are claiming compensation under Lambeth council’s pioneering redress scheme for the survivors of abuse at its children’s homes.

Mr Khan, who has 60 clients in the scheme, said: “The scheme should have been swift and fair but it is not.

“Claimants have to see psychiatrists so tariffs are not applied quickly.

“Scores of claimants are being offered money which is sometimes half or even a third of the amount they were told they were would get under a system of standard tariffs set at the very beginning.

“Lambeth is trying to do it on the cheap. “The council is saving money by not going through the full legal process. It should not expect claimants to accept less just because they are not having to go to court.

“The idea behind it was a good one on paper and Lambeth describe it as a first scheme of its type.

“But the way it’s being used isn’t fit for the purpose for which it was designed – because of the experience our clients and victims are having. And that view is shared by a number of lawyers representing them.”

“These people are often in a terrible state and have lost everything. For many, it is not about the money – they just want someone to acknowledge and listen to their stories. But I fear more money will go to lawyers than to victims.”

Councillor Jack Hopkins, Lambeth council leader, said: “On Monday night we heard from survivors about their horrendous experiences at the borough’s former children’s homes. What they have been through is shocking.

“Their accounts, and the lobbying on their behalf, is the reason we worked so incredibly hard to open this redress scheme. It is a huge undertaking, but an incredibly important one. “We are providing compassionate redress to survivors that is quicker and less traumatising than any alternative.

We have put aside legal time restrictions on making claims, because otherwise many survivors would be unable to get compensation.

“We know it’s not just about the money which is why the redress scheme features a formal apology from the council, a meeting with a senior council representative and free counselling support.

“The council has made changes to that process based on feedback from survivors, and will continue to do so.

“Six-monthly reviews are being held where people can have their say, and where issues in the running of this unique scheme can be shared and addressed.

We have met with applicants solicitors more than a dozen times – and we understand the fees aren’t as high as if they took cases to court.

But we are asking them to work with us to put survivors first. “It is worth saying that we have now had more than 1,150 applications for compensation, and as of this week we have redress payments worth more than £18.3million pounds approved.

That includes more than 851 Harms Way Payments – our unique form of compensation for those who feared abuse or neglect.

“I recognised that the Individual Redress Payments for those who survived neglect and abuse are taking longer. That’s because this compensation needs more detailed consideration, including a review of care and medical records – which is unfortunately necessary.

But still far quicker and less traumatising than if people went to court.

“The levels of compensation in the scheme have been published by the council and we are being transparent and open about the running of this scheme.

Survivors have the opportunity to present extra evidence which means their compensation award can rise. That is the compassionate thing to do.

“I know that for many survivors nothing we can do, say or provide that will heal the hurt and damage they have suffered. But in this borough we are determined to do all we can to give the redress survivors deserve, and that was denied them for far too long.”