It’s now a bakery in a Tooting shopping street, surrounded by coffee outlets and gift shops.

But building in Mitcham Road was once the recording studio of a litany of some of Britain’s biggest pop bands – and international reggae stars.

Historian GEOFF SIMMONS tells the story of how it was created and some of the legends that surround it.

A colourful yellow, green and black West Indian bakery officially became a music shrine on Saturday, when a plaque was unveiled marking its crucial role in the history of reggae.

Mixed Blessings in Mitcham Road, Tooting, now has a permanent reminder of the beautiful sounds created at this special location.

Bob Marley is believed to have visited and signed his name on a wall.

No one thought to keep it when the studio closed.

Many people have passed through what was generally known as the TMC Studios (Tooting Music Centre) but its reggae visitors have left the greatest legacy: Aswad, Maxi Priest, Dillinger, Black Slate, Sly and Robbie, Toots and The Maytals, Dennis Brown, Frankie Paul, Errol Dunkley, Mikey Dread, Osibisa, Leroy Smart, the list goes on and on.

Engineers who worked there went on to be involved with some of the biggest names in the music industry.

The studio was created by Bernie Proctor, an ex-Merchant navy seaman who drifted into show business by setting up a record and music shop here in the 1960s.

His main claim to fame was an appearance as a harmonica player in the 1962 Second World War film The Password is Courage starring Dirk Bogarde.

Tooting’s Granada and Wimbledon Palais and pubs like The Fountain in Garratt Lane hosted names like The Rolling Stones, The Beatles, Jimi Hendrix, The Beach Boys, The Supremes, Mott the Hoople, The Faces and Status Quo.

Bernie wanted a bit of the action and in 1971 had a go at running a recording studio.

One of the first to visit were Errol Brown’s Hot Chocolate. Other major 1970s hitmakers, Mud and The Glitter Band followed, then a procession of punk rockers, synthpopsters and rockers – The UK Subs, The Slits, Girlschool, The Mobiles, Captain Sensible, The Lambrettas and The Piranhas.

Mr Johnson opened his shop in the market in 1972 and Bernie was a regular visitor most Saturday mornings, popping in to listen to demo discs or new releases.

Euel said: “We would bounce from one track to the other yet produce beautiful, terrific sounds.”

And soon they added an 16-track system with all the available adjustable features necessary for a modern studio.

“Word soon went out around Europe about this great sound coming out of Tooting which could compete with any world-class recording sound,” he said.

A Scottish engineer, Andy ‘McEdit’ Geirus said: “There was something about the studio that the reggae artists really loved – they even referred to it as Channel Two [Jamaica’s most famous studio is called Channel One]. The construction was solid, creating a great quality of sound so it became a favourite place to record.”

There were frequent all-night sessions – preferred by most reggae artists.

With reggae royalty like Sly and Robbie on the other side of the glass for a two-hour session, the pressure was on.

Chris Lane of Dub Vendor recalls recommending it to UB40 for their first album and by mistake they ended up going to another TMC, The Music Centre in Wembley.

Another engineer, Pete Hammond, went on to work for Stock, Aitken, Waterman churning out the hits for the likes of Kylie Minogue.

One resident, pregnant at the time, remembers being knocked over in Mitcham Road by a member of Mud.

The band came running towards her pursued by a crowd of screaming schoolgirls.

Costa, whose has the shoe repair shop next door, recalls fixing up a pair of boots for Gary Glitter.

Tragically, one of Bernie’s sons was killed by a drunk driver and TMC Studios was closed about 1987. 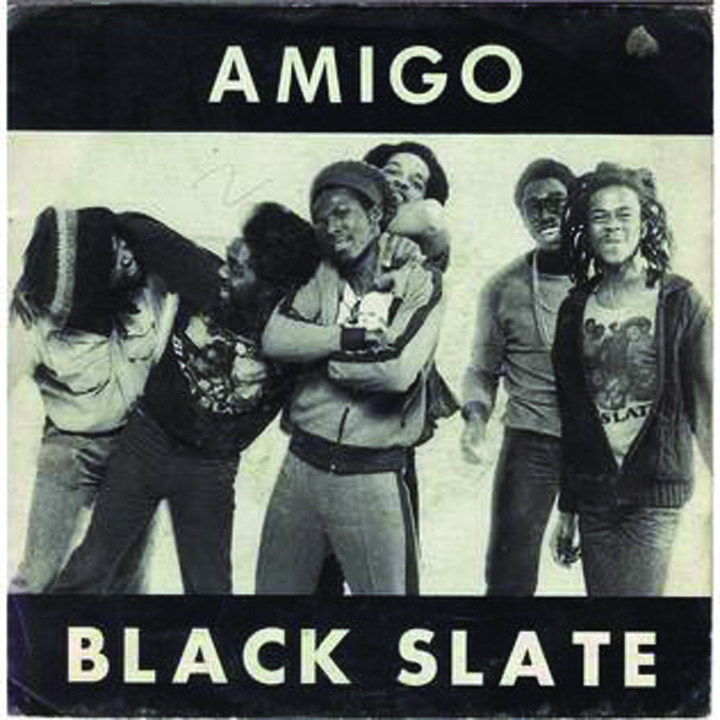 When the bakery moved in, the builders pulled back a temporary partition to reveal a wall covered in signatures.

Clearly distinguishable among them was the name of Bob Marley – based in Notting Hill in the early 1970s and playing football regularly in Battersea Park.

There were also rumours he had a nurse girlfriend at St George’s Hospital.

Tragically, the wall was broken up and loaded into a skip.

Nothing silly about Dennis Bovell

Dennis Bovell is a guitarist, bass player and record producer who conquered the summit of pop without compromising his reggae vision.

He first heard Janet Kay in Tooting Music Studios and turned her into a star with Silly Games.

He created the soundtrack for cult dub movie Babylon. And he wrote the music for Linton Kwesi Johnson’s Forces of Victory.

He was imprisoned for six months for using a sound system, on remand, but released on appeal.

He was friends at Spencer Park School, Wandsworth with future rock musicians including keyboardist Nick Straker and record producer Tony Mansfield, both of whom he later worked with.

Mr Bovell also worked as an engineer at Dip Records, the precursor to the Lovers Rock label – he was a key figure in the early days of the lovers rock genre.

He said he wrote Silly Games with the sole intent of it being a hit song He produced albums by the “great poet” I-Roy, The Thompson Twins, Bananarama, The Pop Group, Fela Kuti, The Slits, Orange Juice and Madness.

He has collaborated with Linton Kwesi Johnson for much of his working life.

In the BBC’s Reggae Britannia, Mr Bovell said the John Hassell Recordings studio, in 21 Nassau Road, Barnes made cuts with such finesse and understanding that the studio’s output was to feed sound systems throughout the UK.

His song Silly Games is pivotal to the film. Mr Bovell was appointed Member of the Order of the British Empire (MBE) in the 2021 Birthday Honours for services to music.

Main Pic: Dennis Bovell, centre, outside the Mixed Blessings bakery where TMC Studios once was, ahead of the unveiling of the Blue Plaque