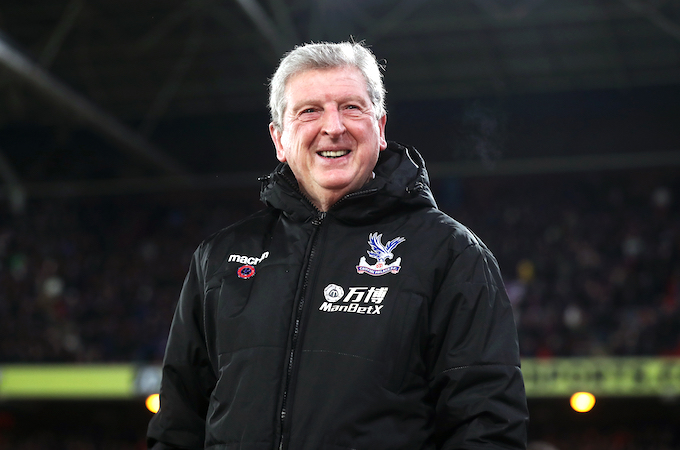 In a globe-trotting managerial career which started back in 1976, Crystal Palace manager Roy Hodgson has visited his fair share of football grounds around the world and in England there are not many grounds he has not managed at, but ahead of the Eagles’ Premier League clash against West Ham United tomorrow night, the 70-year-old former England manager will be experiencing something new.

“I’m quite excited to go there because it’s a Premier League ground I’ve not been to and there’s not many of those,” said Hodgson to the South London Press ahead of the London derby where a win for his Palace side could propel them to ninth in the table.

“There’s always one [to tick] off the [the new grounds] list when there are newcomers in the league where it could happen, for example, Huddersfield, but that was many, many years ago [when they got a new stadium].”

A popular misconception with the London Stadium is that the pitch is bigger than others in the Premier League, but like Wembley, where Tottenham Hotspur play, it is the standardised 105 meters long by 68 metres wide, a size which, at least, 15 out of the 20 teams in the Premier League play on. By comparison, Selhurst Park is shorter by four meters (101m x 68m).

Despite the facts, even former Hammers boss Slaven Bilic complained that the extra space around surrounding the pitch – needed for athletics – was disorientating for his players, but for Hodgson, he does not see any problem with the stadium.

“I don’t think so, no,” he told the South London Press when asked if the size of the stadium would cause problems for him or his team. “It will be nice to go there, and it will be a very interesting stadium I’m sure both in terms of the field, the dressing rooms and everything else connected with it.

“I was personally a big fan of Upton Park and I used to look forward to going to there,” he continued. “The ground was a really iconic football stadium and so I don’t have any more excitement going to the London Stadium than I would going to Upton Park.”

Hodgson will be excited however by the return of defenders Mamadou Sakho and Joel Ward and French midfielder Yohan Cabaye after he confirmed they had returned to full fitness and would be available for selection.