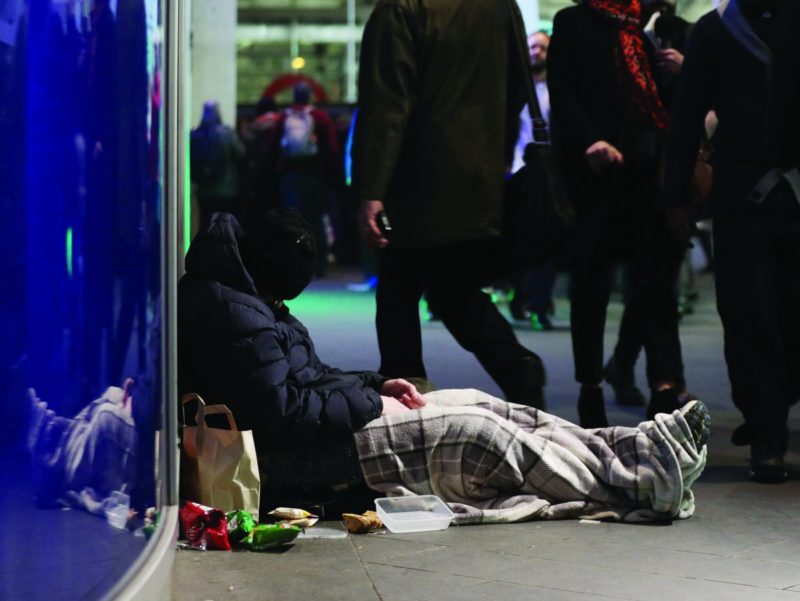 Homelessness in a South-east London borough has increased by almost 50 per cent in the past four years, according to town hall figures.

Bexley council statistics shows that the number of approaches made to the council for homeless
support has risen by 47 per cent since 2014. In the financial year 2014-2015 775 homeless referrals were made to the council and this figure is forecast to rise to 1,139 this year, 2017-2018.

Polly Neate, chief executive of charity Shelter, said: “Our housing crisis is thrusting thousands of
families into homelessness in Greenwich, Bexley and right across the country.

“This is fuelled by a crippling combination of increasing rents, brutal welfare changes and an lack of affordable homes.

“To prevent thousands more families from sliding into homelessness, the Government must get on with the job of building many more homes that are genuinely affordable for families to rent and making lettings more stable and secure.”

Tim Fallon, chief executive of the homeless charity the 999 Club, said: “At the 999 Club we often see people sleeping rough who have grown up in very difficult circumstances.

“Poverty can make creating a happy family home incredibly difficult and when children are moved around a lot their education can be interrupted.

“An unstable upbringing can have terrible consequences in later life.

“Our experience of supporting homeless people for the last 25 years leads us to believe that an increase in child poverty will undoubtedly lead to a rise in homelessness.”

In Greenwich, there were  3,070 approaches for homelessness assistance between April 2017 and
February 2018. A Greenwich council spokeswoman said the number of households living in temporary accommodation in the borough has doubled in the past four years.

The council pledged to use money raised by the 2.99 per cent council tax social care precept hike, signed off last month, to support homelessness.

A Bexley spokeswoman said: “In common with local authorities across London, Bexley faces serious challenges around homelessness. We are carrying out a detailed review of our housing services, looking at new and innovative ways to meet these challenges.

“As part of this review, the council plans to invest up to £20million in a new initiative supported by housing charity St Mungo’s. This investment will mean 60 new low cost privately rented two bedroom properties for those in most need.

A Government spokesman said: “This Government is determined to help the most vulnerable in our society and to break the homelessness cycle once and for all.

“That why we’re investing over £1.2billion in tackling the issue and bringing in the most ambitious legislation in decades that will mean people get the support they need earlier, plus more than £9billion to deliver the affordable properties our country needs.”

One thought on “Homelessness up 50 per cent in Bexley”