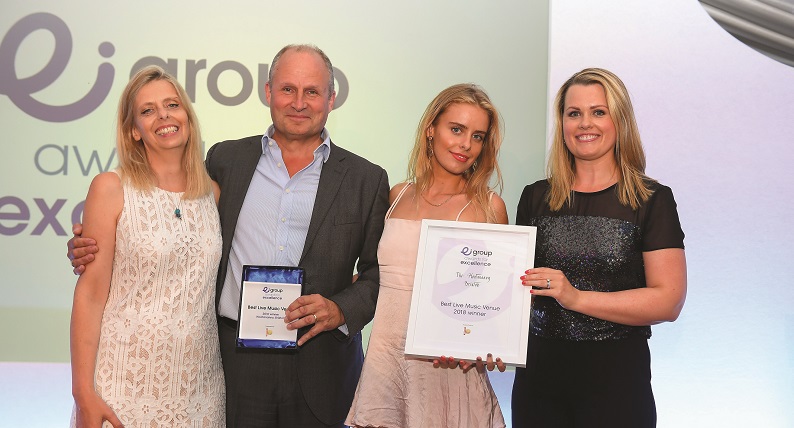 A pub which has been a mecca for aspiring bands has been named the UK’s best live venue.

The Hootananny, in Effra Road, Brixton is run by publicans Sophia and Eva Yates, and hosts live music up to six nights a week, featuring styles from folk, reggae, jazz and Latin; to dub, soul, funk and hip-hop.

The Hootananny also supports local visual artists, whose work can been seen adorning the pub’s beer garden benches and interior walls; plus local and international writers at a quarterly BookJam.

Ei Group chief executive Simon Townsend said: “This award celebrates those pubs that are known for their live music, and Sophia, Eva and their team continue to do a brilliant job of giving performers a really popular outlet for their talents.”

Ei Group’s first Awards for Excellence aim to recognise the achievements of all types of pub operators across England and Wales, and highlight the accomplishments of some of the pub company’s most innovative and successful publicans across 15 categories, including Best Community Hub, and Best Sports Venue.

Supported by Jägermeister, the Best Live Music Venue award was presented to The Hootananny at a ceremony hosted by Ei Group, at Coombe Abbey, in Warwickshire. Another successful South London pub at the awards was The Leigham Wells in Streatham – Best Newcomer.

Mr Townsend said: “We saw an impressive number of applications across all categories, and our judges were struck by the extraordinary levels of dedication and commitment demonstrated by every publican that entered or who was nominated for an award.”

Ei Group is working with The Royal British Legion as its charity partner for the Ei Group Awards for Excellence 2018.

The partnership is a continuation of its Poppy Beer initiative, which has raised almost £50,000 for the charity to date.

One thought on “Hootananny, Brixton awarded the UK’s best live venue by the Ei Group”