Two fourth place finishes on the Silverstone National circuit last weekend has helped Lewisham’s Cameron Horsman strengthen his grip on third position in the British GP2 championship. He now sits on 203 points 39 ahead of the rider in fourth with six races to go.

With red flags stopping play, the number 72 rider registered a qualifying lap time of 56.403 putting him fourth in the GP2 category.

On a dry track Horsman made a solid start to the 18-lap Sprint Race on Saturday afternoon. By the end of three laps Horsman was just a tenth behind the British GP2 rider in third place.

Horsman was matching his rival as the two began to look for a way to overtake a British Supersport competitor just ahead of them. His fellow GP2 racer made a move on lap six but Horsman was held up until an opportunity on lap nine saw the Chassis Factory – Go Racing Developments SGR rider also overtake. 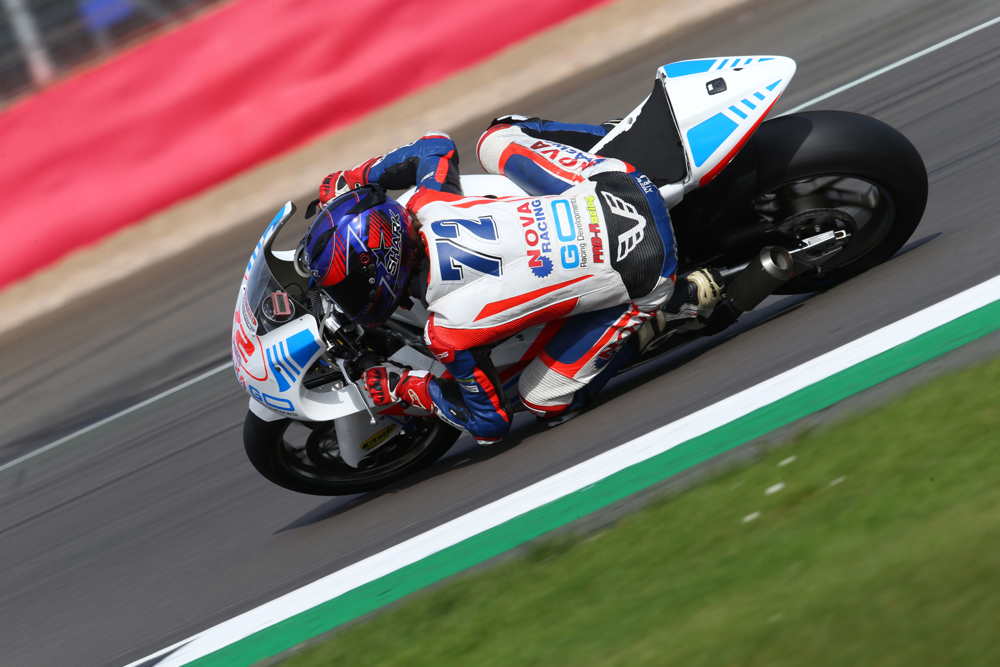 Unfortunately, his adversary was able to take full advantage of the clear track ahead and had made a gap of over a second and a half back to Horsman. As the race wore on Horsman was unable to make any inroads and had to settle for a safe fourth place at the flag.

For Sunday’s race, Horsman struggled to keep the front wheel down as the lights went out and the 25-lap feature Race commenced. The result was a drop of five places on the opening lap. Although he remained fourth in the GP2 class he now had eight British Supersport riders between him and the British GP2 rider in third.

At least in the early laps, the front 13 riders, of which Horsman was number 13, were tightly packed. However, on the short Silverstone National circuit passing opportunities are difficult with the strengths of the Moto2 machines different to the Supersport bikes. It took until lap ten before Horsman was able to make some progress. 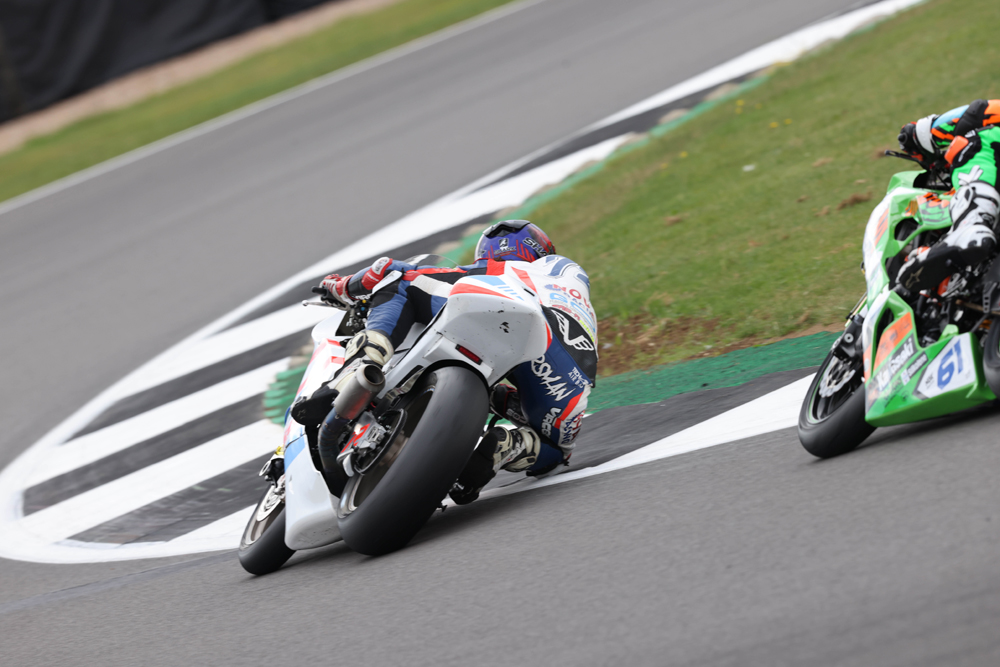 Once he got his momentum Horsman began to pick off the Supersport riders ahead in his quest to close down on the GP2 rider in third position. Pushing on he set his fastest lap of the race on lap twelve and the number of riders between him and third place in the GP2 category was down to four.

With six laps remaining Horsman was just over a second behind his target. Unfortunately for Horsman his rival was able to respond and with similar lap times to the end of the race Horsman came across the line in fourth position once more. 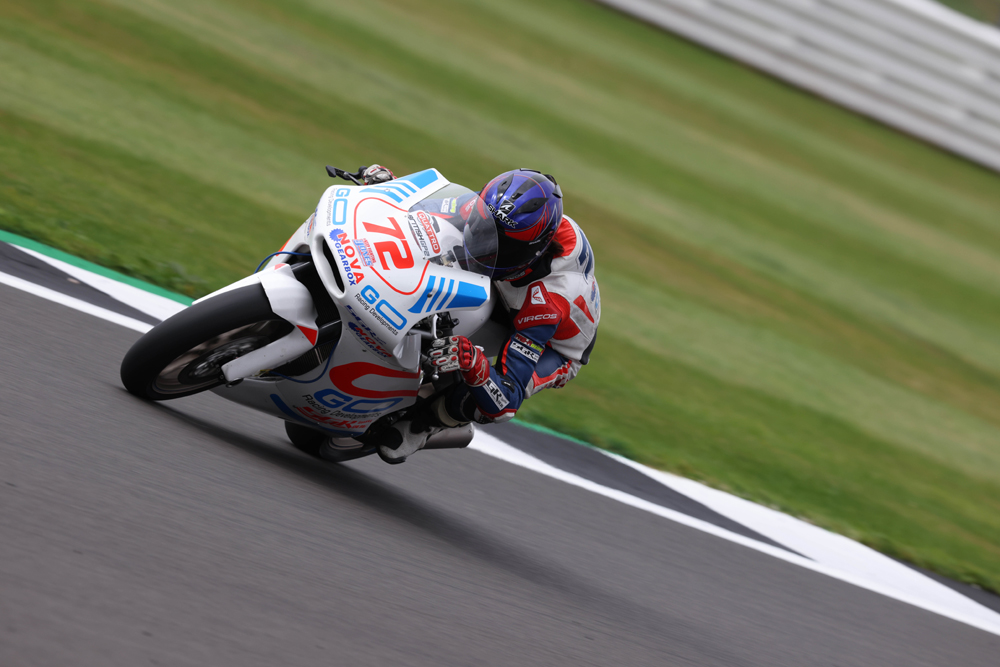 Horsman said, “ I am really pleased with the weekend. The team have given me a great bike again. I endeavoured to find a good place to overtake the Supersport riders to try and close down my GP2 rivals but it proved difficult on this short circuit. Later in race two I made some real progress but it was too late to effect the result. Having said that two fourth places finishes is not a bad thing and we have improved our hold on third place in the championship, so there are plenty of positives.”

The next British GP2 race is at Oulton Park from 24-26 September.