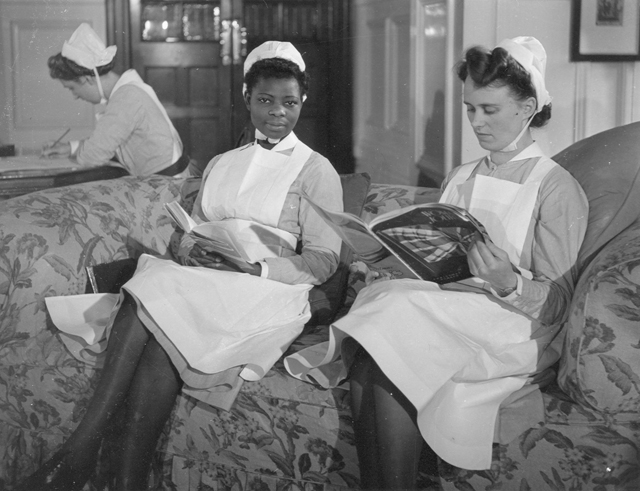 That’s why Stephen Bourne, a London South Bank University (LSBU) honorary graduate, will be presenting an engaging and illustrated talk about the lives of some of the pioneering African Caribbean nurses who worked in Britain before the birth of the National Health Service in 1948, at LSBU on Thursday May 10.

Stephen’s timely talk will reveal the untold stories and the significant contributions made by these people, which is now more pressing, in light of the recent controversy over the government’s appalling treatment of the Windrush Generation.

As a writer, film director and social historian specialising in black heritage and gay culture, Stephen has been recognised by the BBC as “discovering many stories that have been remained untold for years”.

As part of his talk, Stephen will discuss Annie Brewster, who worked at a famous London hospital from 1881 to 1902, and Princess Tsehai, who was employed at the Great Ormond Street Hospital for sick children during the London Blitz of 1940-41.

He will also include Nigerian Nurse, Ademola, who trained as a midwife at Guy’s Hospital during the Second World War.
Stephen said: “Black British history events such as this are important because they help to fill in the gaps that we have in the school curriculum which favours teaching our young about African American historical figures over their black British counterparts.
“We need to raise the level of understanding and appreciation of black British (or African Caribbean) citizens from the past who, as British subjects, have helped to build this country.
Before the NHS: Black Nurses in Britain 1881-1948 shines a light on some of the pioneering women who are overlooked in the history of the nursing profession in this country. It is a reminder of who came to this country before the Windrush Generation and helped to lay the foundation for the modern black British community.”
In 2015, Stephen received the Southwark Arts Forum Award for Literature for his acclaimed book Black Poppies – Britain’s Black Community and the Great War, published by The History Press. In 2017, he received an Honorary Fellowship from London South Bank University for his contribution to diversity.
Stephen’s latest book War to Windrush – Black Women in Britain 1939-1948 will be published by Jacaranda Books next month.
The guest lecture will take place at LSBU at 6pm and anyone wishing to attend can register here https://www.eventbrite.co.uk/e/before-the-nhs-black-nurses-in-britain-1881-1948-tickets-44914308907