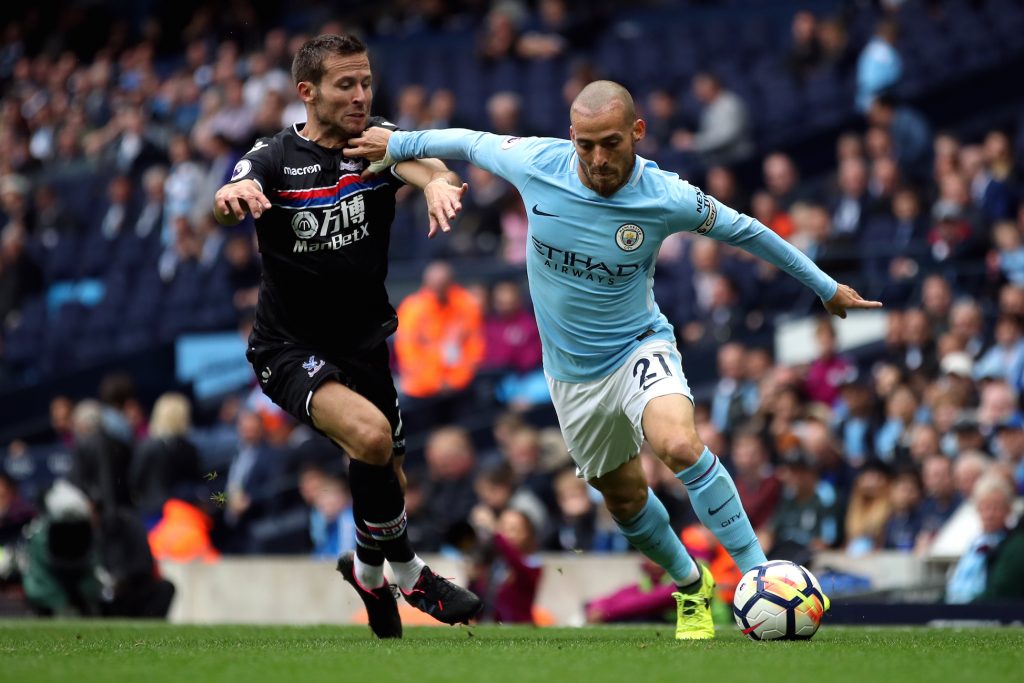 A handful of games into his new position as Crystal Palace manager, Roy Hodgson faced a Manchester City team away on 23rd September and up until the 44th minute of that match it seemed to be going well as a well-drilled Eagles unit had kept the billionaire team at bay.

However, Leroy Sane’s 44th minute strike sent Hodgson’s team into the break 1-0 down and then an early second-half double from Raheem Sterling, followed by late goals from Sergio Aguero and Fabian Delph meant a 5-0 reverse.

That score was by no means an anomaly from the blue side of Manchester though as it was the same score they had defeated Liverpool by two weeks earlier and one less than they had beaten Watford by the previous week. Five goals were also the difference when Pep Guardiola’s team beat Stoke 7-2 in mid-October.

“I don’t know if they’ve progressed or not progressed,” said Hodgson to the South London Press when asked about City’s performances since the 5-0 defeat he suffered in September and the team he will face on Sunday at midday.

“In any given way they seem to score four or five against lots of teams, especially the teams who are not immediately around them or the teams which are set out to not to allow them to score. Any team which goes toe-to-toe with them and actually attacks when they have the ball and defend when they haven’t got the ball runs the risk of conceding goals because they’re doing it to everybody.”

Manchester City remain unbeaten in the league all season, having won 19 and drawn one of their 20 games and comparisons already, inevitably, are being drawn against the Arsenal team of ‘The Invincibles’ who won the league back in the 2003/04 without losing a match.

“I wasn’t actually in the country when Arsene and Arsenal went 49 games unbeaten in total and had that 38-game unbeaten season,” said Hodgson. “I know that team and the players, but we have seen it in England before, there is no question about that.

“We have seen wonderful Arsenal, Manchester United and very strong Chelsea teams that have dominated the league and now we’re seeing a very strong Manchester City one. Like those previously good teams, managed by Arsene, Alex Ferguson and the Chelsea team managed by, amongst others, Jose Mourinho, the managers of those teams don’t want to let up in any way.

“They don’t seem to have that desire to take their foot off the pedal and just accept that we will cruise and roll downhill to a victory and a championship. They always seem very, very determined that they won’t give any quarter, they won’t spare anybody.”

So, how does Hodgson approach a game against a team of seemingly unbeatable players?

“The players we have we think are best suited to playing the way we are trying to play,” said Hodgson to the South London Press. “We won’t have much option I’m afraid other than to try and do against them what we tried to do against Arsenal, which might make it an entertaining game for the neutral, but it might make it a tough game for us because they have such quality in the middle and final thirds of the field and they work so hard to try and win the ball back.

“We’re going to face another task like the one we faced against Arsenal and all I can hope is that we can give it as good as go as we gave it against them.”

One thought on “How do Crystal Palace stop the Manchester City juggernaut?”