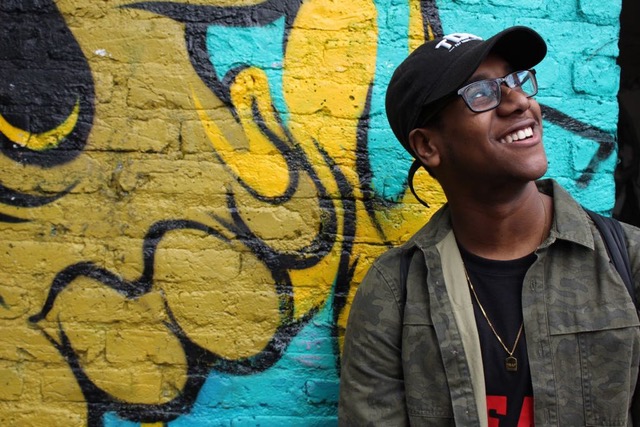 A documentary maker has recruited grime icon JME to talk about the elusive quality on his first film.

Rafael Vencatachellum, from Norbury, was inspired to create the project after filming at a party – and seeing how exhilarated the guests were.

But one of its highlights comes as a result of bumping into grime artist and Greenwich University graduate JME – whose chart hits include Can You Hear Me? (Ayayaya) – in Oxford Circus.

The film, entitled Joy and dubbed a vlogumentary by its maker, focuses on the human experience of happiness, what leads to one being happy, and how to sustain it.

Joy has a “more informal structural style than most traditional documentaries”, said Rafael.

Popular YouTube star David Vujanic also features in the film, speaking about how to sustain happiness, as well as laying out “codes” to happiness.

Rafael said: “Both of them give essential information and knowledge to the documentary.”

The spark for the film came when he took a camera to a friend’s party and just began to film.

“I had no clue of what I wanted to make from the footage” he said, “When I got home I looked over it all and realised there were some joyous and nice moments … and I kind of just thought I’d put it all together as a compilation of moments.

“From there I just went out with my camera more and captured life in motion; eventually it shaped itself into what it is today.”

He was out in town for a friend’s birthday party when he bumped into JME, walking down the street with his entourage.

They started up a casual conversation and the footage grew from that. “He gave me 20 minutes of his time, which was amazing. He’s such a great guy,” said Rafael.

The film had its first screening on November 4 in the Museum of Happiness in Camden.
To see it, go to https://youtu.be/tp1AVRoS77Q