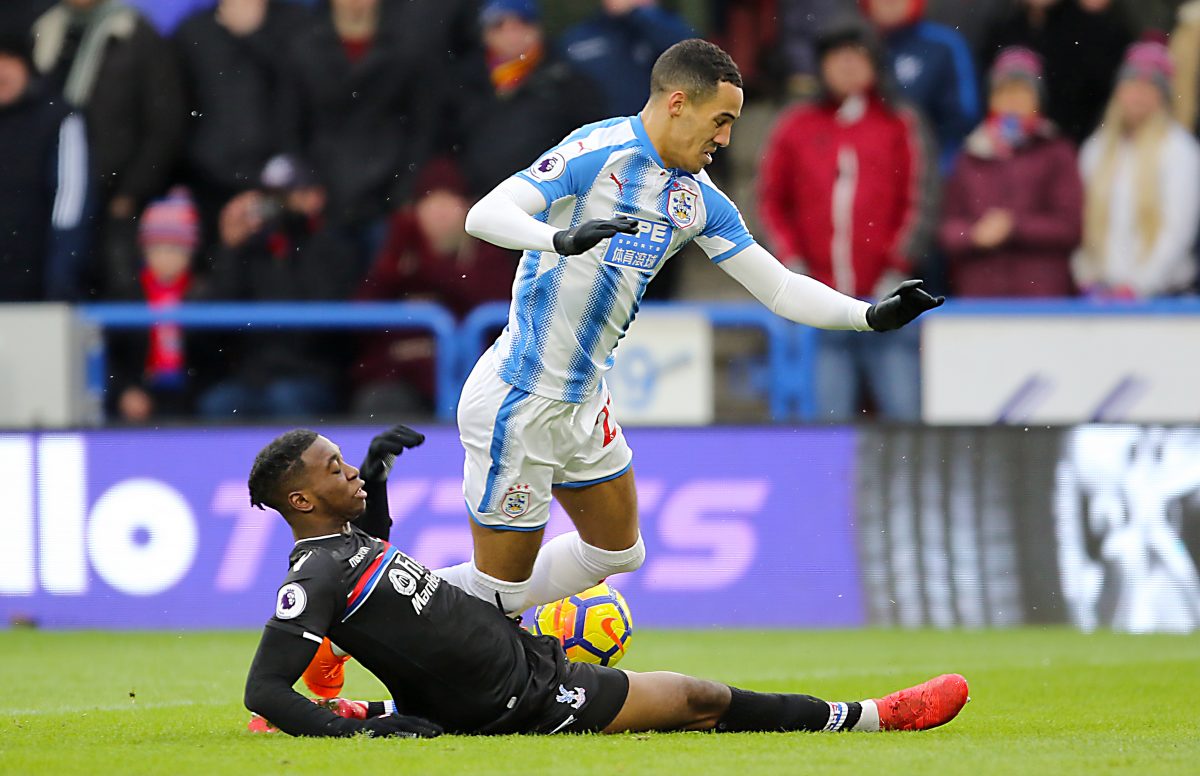 By Jay Rowe at Galpharm Stadium

Palace picked up a potentially huge victory at Huddersfield Town to lift them out of the Premier League’s bottom three and end an eight-game wait for a win.

Goals in each half from James Tomkins and Luka Milivojevic secured a fully-merited victory for Roy Hodgson’s Eagles, who outplayed their opponents for the majority of the game to send them off into the international break in good spirits.

Despite the snowy conditions, Palace started in red-hot form and early chances fell to James McArthur and Wilfried Zaha before Milivojevic bent a free-kick inches away from the far upright, and even the setback of seeing Jeffrey Schlupp forced off with injury midway through the first half didn’t unsettle the Eagles, who indeed found a way in front soon after.

A Milivojevic corner landed inside a packed penalty area perfectly for Tomkins, and after he forced Jonas Lossl into a good stop from close-range, the in-form defender slid in to force the ball over the line to reward Palace’s early adventure.

Huddersfield offered very little in the opening 45 as the visitors cruised into the interval in firm control of proceedings, and they nearly put the game to bed on the hour when another corner found Tomkins who steered a shot towards the bottom corner but Mounie booted the ball off the line.

But the second crucial goal did come on 68 minutes when a fine counter-attack involving Zaha, McArthur and Andros Townsend saw the latter brought down by Martin Jorgensen for a stone-wall penalty, which Milivojevic slammed past the helpless Lossl to score his eighth goal of the campaign.

Palace comfortably worked their way through the final minutes to secure the much-needed points, but they might have come at a cost with Zaha limping off a minute from the end, but Hodgson will be more concerned with seeing his side find their way back above the top-flight trap door.