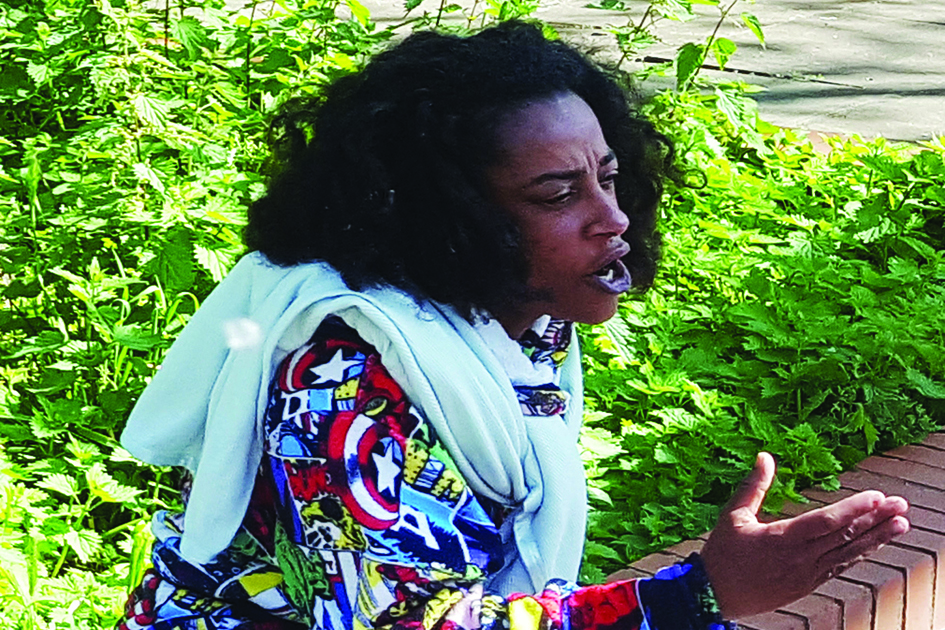 The distraught mother of a teenager who was shot and killed in South London said she wants her son to be an example to young people and stop violence in the capital.

Pretana Morgan, who’s son Rhyhiem Ainsworth Barton was killed in Southwark over the bank holiday weekend, has pleaded with teenagers to get out of the cycle of feuds they get themselves in at school.

She said: “You better wake up. You only have one life. All the children out there who have sense, for my son’s sake, please get out of this foolishness.

“Get out of this thing that you’re cussing with each other, that you used to go to school with. But now you’ve turned teenage, everybody wants to say they’re the man and wants to be the don.”

Detectives have issued a fresh appeal for witnesses and information following the fatal shooting.

Police were called at around 6pm on Saturday, May 5 to reports of gunshots heard in Cooks Road, Kennington.

A 17-year-old boy was found nearby in Warham Street suffering from a gunshot injury.

The London Ambulance Service and London’s Air Ambulance provided first aid at the scene. He was pronounced dead at 6.56pm.

Ms Morgan said: “I couldn’t have asked for a better son. Oh my gosh he’s got so much potential. He was coming from a mentor with some footballs.

“He’s trying to learn to deal with young children. Trying to make a difference. I tried to tell him to be a leader and do the right thing.

“I don’t want to see black children on the roadside and in the hospital. “Let my son be the last and be an example to everyone. Just let it stop.”

Detective Chief Superintendent Simon Messinger, who is in charge of policing in Southwark, issued a fresh appeal for information on May 6.

He said: “The violence used has rightly caused concern and we are doing all we can to address this.

“Violence has no place on our streets. If you are carrying a weapon in Southwark linked to gang activity, you need to know that we can and will take action against you.

“I want the community to help us tackle this problem. As a father, community member and a police officer, I will do absolutely all I can to keep young people and the wider community safe. We can only achieve this if we work together.

“Our homicide team are carrying out an investigation to catch the people responsible.

“This investigation is fast paced and progressing all the time.

“We are urging anyone who can assist us or any witnesses who have not yet come forward to contact the incident room on 020 8721 4005, or anonymously via the independent charity Crimestoppers 0800 555 111.

Rhyhiem was one of six people shot in the capital in that time, three of which were in South London.

A 30-year-old man, believed to be a food delivery driver, was shot in New Cross on Monday.

Police were called at 4.50pm to reports of a shooting in John Williams Close.

He was treated at the scene before being taken to a South London hospital where he is still being held.

Another man was hospitalised after being shot on Sunday.

Officers were flagged down by a member of the public in New Cross Road to attend to the man with the gunshot wounds in Besson Street.

Police believe the man was shot by moped riders and he too had to be taken to hospital.

The man has now been discharged from hospital.