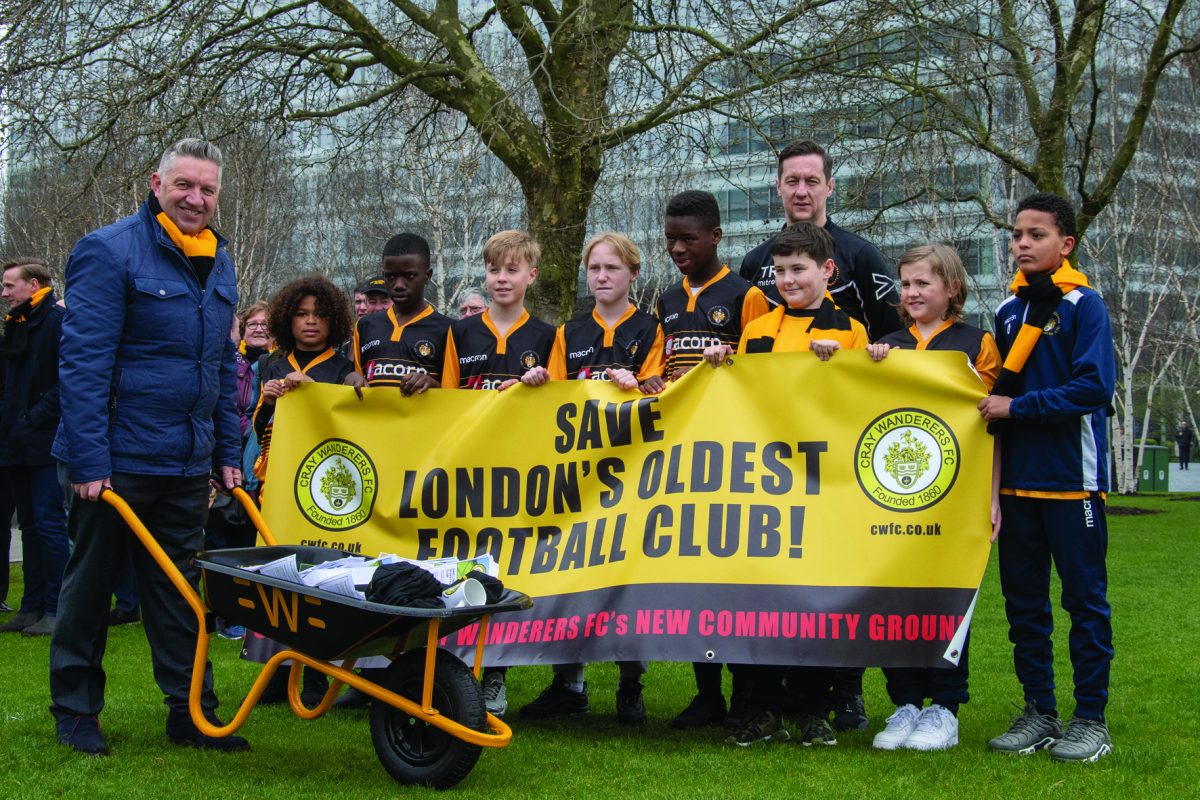 More than 1,000 letters of support were delivered to City Hall as the oldest club in London bids to find a new home.

The new proposal was approved by Bromley council on March 13 by 11 votes to three and has now been referred to the Mayor and the communities minister Sajid Javid for ratification.

Gary Hillman, CWFC’s chairman, said “I hope Sadiq Khan can appreciate the technical merits of the revised scheme and recognises the strength of positive feeling from our community towards the benefits that our proposals would deliver.

“We urge the Mayor to champion our cause and grant approval for the application which has already been approved by overwhelming cross-party support by the local Bromley councillors.

“I would also like to sincerely thank our incredible fans and our local and footballing community for their incredible support through the past 12 years of planning applications.”

An application in 2016 was approved by Bromley council but was later refused by Sadiq Khan and became the subject of a public inquiry following the Secretary of State’s call-in decision.

The club decided to withdraw their application and submit a new one.

The new scheme includes 42 affordable homes at social rent, a reduction in developed area on the site, a reduction in residential and commercial floor areas, a reduction in height of buildings and an extra community football pitch. Cray Wanderers were established in 1860. Their origins are linked to the construction of the London, Chatham and Dover Railway during 1858 to 1960 where migrant workers kicked a ball around in their spare time. They are fourth in the Isthmian South division after a 5-2 defeat at Walton Casuals at the weekend.