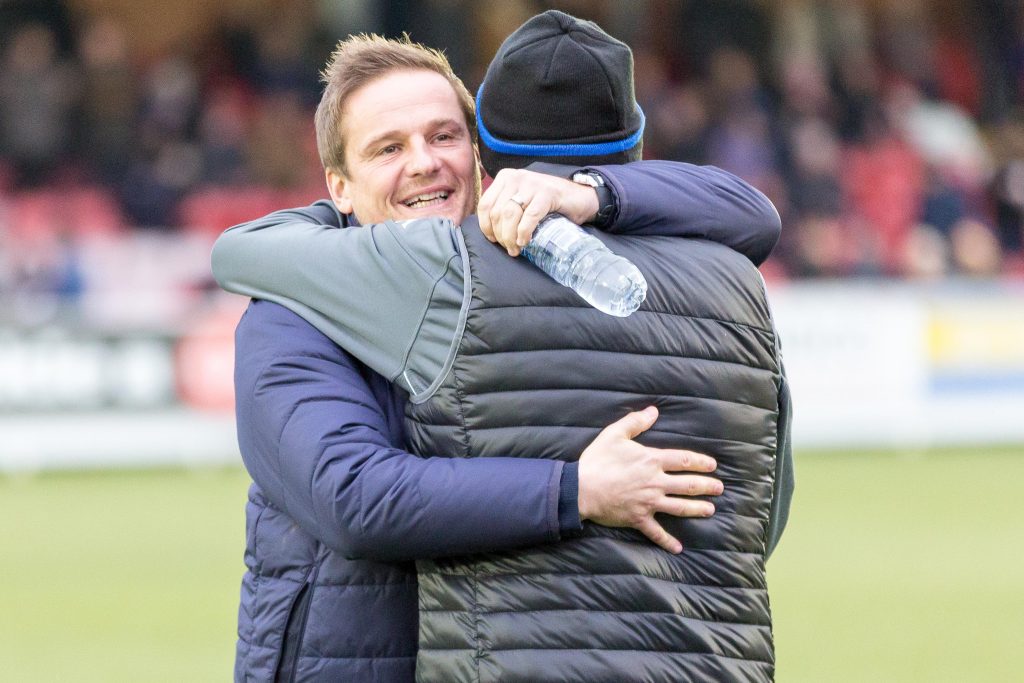 The Dons get a break from their League One survival fight as they head to Wembley this weekend.

And protecting their unbeaten record at England’s national stadium is set to be a huge challenge as they look to subdue a Tottenham side who are flying high in the Premier League and beginning to hit form at their temporary home while White Hart Lane is redeveloped. That includes a 3-1 win over Real Madrid in the Champions League.

Spurs were seven games unbeaten at Wembley before last night’s meeting with West Ham United, that derby just 48-hours after a 2-0 win at Swansea City.

“I didn’t know about their fixture schedule until I looked this week – I wouldn’t blame Pochettino for changing his whole 11 for our game,” said Ardley. “The reason is that firstly they can still be too strong for us and secondly they are at risk of injuries – which you don’t need when you are in the Champions League and trying to get into that top four in the Premier League.

“We have got to make sure our team is not out of the game before they have really got going.

“You just need to look at Spurs and what they do against Premier League opposition – they have whacked five past both Stoke City and Southampton at Wembley.

“We need to set our team up to give themselves the best chance of dealing with a different challenge to League One – we very rarely come up against this sort of incisive passing, touch, vision and trust that these Premier League teams have in their players.”

“It is a challenge I haven’t focused on up until now because the Christmas period was so important for us in the league,” said Ardley. “But it is a bit like when I was in Cardiff’s academy – the style of football is quite similar.

“We’ll watch the footage, how they create their chances and try and come up with an effective plan.”

Ardley admits it is less about the multiple threats that Tottenham possess – captain Harry Kane scoring 56 goals in 52 matches in 2017 – and more about the multitude of ways they can unlock a defence.

“At our level you are used to defending in the final third and that is largely going to be crosses and diagonal balls,” he explained. “Quite often they are not good enough to break you down.

“Spurs will know how to pick you apart, find space and pick out the runner who is going to kill you. We are going to need to be on our A-game to stop those moments – we’ll relish that challenge.”