Sunny Edwards will make a mandatory defence of his IBF world flyweight title against Jayson Mama on September 11 at the Copper Box Arena.

The 25-year-old from Croydon produced a slick boxing display to end the lengthy unbeaten reign of Muruti Mthalane in April.

Edwards and Mama have perfect records. The champion and challenger, 24, are both 16-0 in the paid ranks.

“We knew who we were fighting anyway because the condition of getting the world title shot [against Mthalane] which Frank [Warren, promoter] got over the line was that I had a mandatory straight away,” explained Edwards. “But I said to Frank then, and I said to my management, that I’ll beat anyone. So it doesn’t matter whether it is mandatory or voluntary.

“I’m in shape. I’ve been in the gym since a week after my last fight. I’ve been sparring, training and keeping the ball rolling.

“I was ready to go at the end of July. I want to get busy – win this and be out again before Christmas.

“He [Mama] is a good fighter, in some ways stereotypical of what you expect from a Filipino fighter – heavy hands, fast hands, not the most complete footwork, cares more about destroying his opponent than he does not getting hit.

“He is a threat. I don’t watch all too much of my opponents because you’re never going to see, in any of their other fights, that same opponent in with me. I make them dance to my tune. 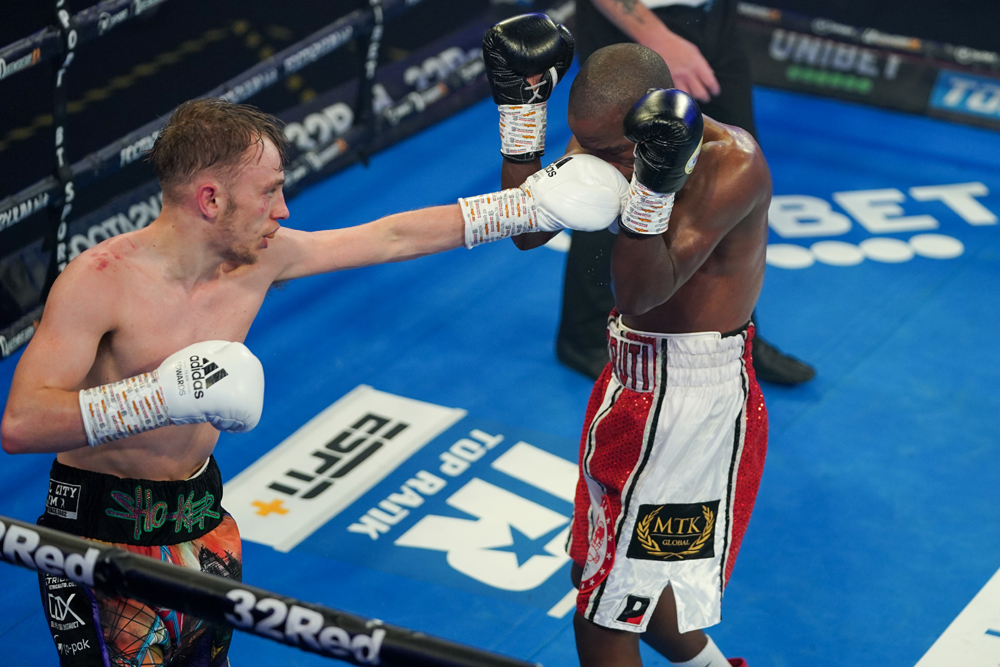 “He’s dangerous to the body. I’ve got to be switched on. But at world level they are all hard fights.

“He’s unbeaten, a decent amateur background as well. He’s a young, hungry fighter – he’s got the opportunity to change his life, like I kind of have just done with mine.

“I bet he’s glad to get a date, a fight cemented. He has got to come the lion’s den.

“I’m looking to go 2-0 in world title fights, that’s the record that really matters to me.

“I don’t want to grab a world title and disappear, if I can help it. I’ve got to prepare diligently and make sure we have a better Sunny Edwards than in my last fight.

“I should do the business. I’ve always said I’ll fight anyone. I never picked or chose opponents to dance around the long route to get here. I wanted the hardest fights at the earliest opportunity – every single time. That’s the way I’ve edged my way into world title contention as quickly as I did.

“This is a bit of a step into the unknown against an unbeaten fighter who will be as confident of victory as Sunny was against Mthalane,” said Warren.

“Jayson Mama was good enough to step aside to allow Sunny his shot at the South African great and now it is his turn to attempt to upset the odds.

“To my mind though, Sunny is the best flyweight on the planet and this is just the beginning of a glorious reign as champion.

“He wants to unify and win the Ring Magazine belt and we will look to do that, but he has this mandatory obligation to navigate through first and he cannot take anything for granted. After winning his title in an eerie atmosphere, it would be fitting if the public really come out in their numbers to support Sunny on his journey as world champion and I hope the Copper Box is full to the rafters in recognition of his achievements.”

She had been due to box in Newcastle in June but opponent Vanesa Caballero contracted Covid-19.