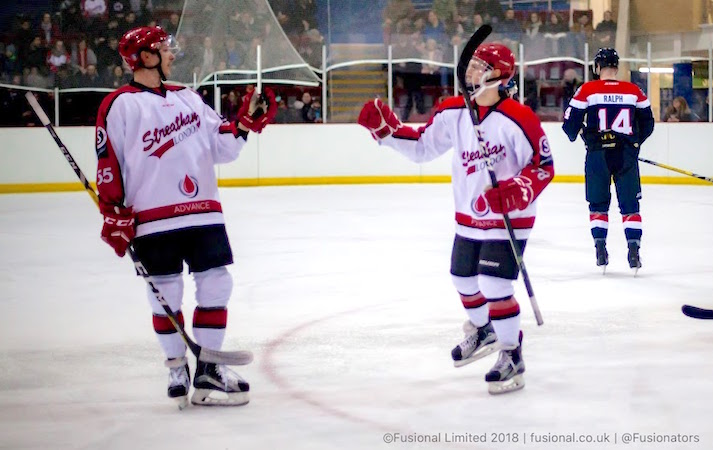 Streatham head into their penultimate home game of the league season facing an unexpected challenge from basement team Cardiff Fire.

The Welsh side had zero points on the board until last weekend, but sent a shockwave through the NIHL by picking up a point against both Invicta Dynamos and Swindon Wildcats on home ice.

The Fire went on to lose both games in overtime but have given Streatham problems in all three fixtures so far this season.

“We’re going to have to make sure we don’t take them lightly,” said head coach Jeremy Cornish. “They have turned a corner but we are going into these last four games with a must-win attitude. We need the points desperately and I’m hoping the guys start to get into play-off mode.

“Anyone that knows me, knows that the play-offs are my favourite time of year.

Anything can happen and it’s where you really see what your team is made of.

“I’m hoping Saturday will be a massive crowd for the guys, they enjoy playing in front of a big crowd and love your support.”

Streatham delighted another healthy home crowd last Sunday with a convincing 5-1 win over Invicta Dynamos. Adam Carr and Ryan Watt both scored two goals each for the RedHawks with Ryan Webb also on target.

The result was much needed after the South London side were beaten convincingly 6-2 by Swindon Wildcats the previous night in Wiltshire. Netminder Matt Colclough picked up the man of the match award in the Invicta game and continued his good form this season.

“Swindon are a really strong team and it’s a really tough rink to go,” admitted the Basingstoke-born stopper.

“Having said that, we need to try and figure something out as we could potentially face them in the play-offs. Obviously we’ll be trying to avoid the top three in the first round by getting into fifth spot, but it’ll be a tough ask and we’ll need some other results to go in our favour.

“Cardiff can be a tricky team and have a really good goalie in Jordan Lawday. We just need to make sure we obtain all the points that we can and see what happens from there.”

Streatham welcomed back Chris Cooke to the line-up last weekend, but Jamie Hayes picked up a knock and will have a late fitness test before a decision will be made on whether he faces his former club on Saturday.