The RedHawks travel to Oxford City Stars tomorrow before hosting Bristol Pitbulls in SW16 on Sunday, before an unusual two-week break in fixtures.

Streatham player-coach Michael Farn expects to be missing a number of senior players again through injury, including himself over the two games, but is still looking forward to the challenge from the bench.

“We know what Oxford bring, having played them already,” he explained. “They ran us close in our last fixture and I’d expect them to put up a similar show in their own rink. Bristol are a new opponent for us and have a good mix of youth and experience in their roster.

“The Hargreaves brothers have done a good job getting things up and running over there, and its going to be exciting to face a new opponent. I’ve followed their results and reports so far this year and they’ve impressed. 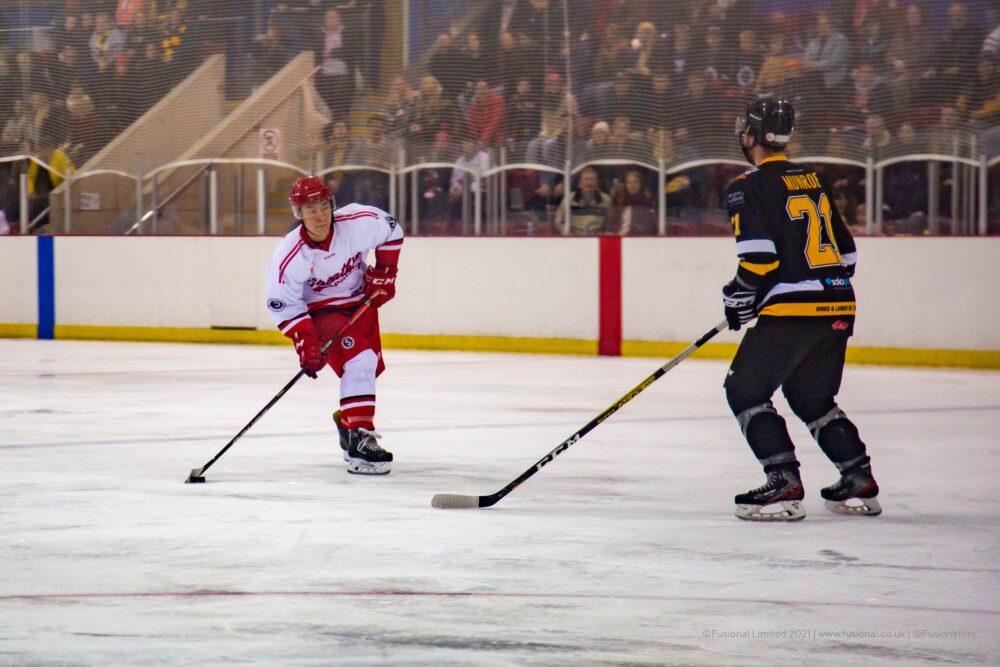 “I just want us to get through both games with maximum points and then use that two-week window to get some of our injured bodies back.”

Last weekend the RedHawks beat Chelmsford Chieftains 5-2 with young starlets Connor Smith and Stanley Ratcliffe both getting on the scoresheet.

The cup is a new competition involving a round robin format and Chelmsford already had points on the board following a win over Romford three weeks ago. It is one of multiple trophies Streatham are in contention for this season and Farn is adamant that his team want to try and lift them all.

“It was great to see young Stanley and Connor heavily involved and getting both goals and assists between them” he said.  “Cup games can be strange atmospheres in many sports, and hockey is no different. There were times in the game the more experienced guys were feeding off the enthusiasm the younger lads generated.

“Overall it was another good crowd again in the building and we wanted to put on a show. I still think Chelmsford are the toughest team we’ve played so far, so it was good to get another win over them.”

Streatham will hand late fitness tests to forwards Ryan Watt and Scott Bailey prior to the games this weekend.