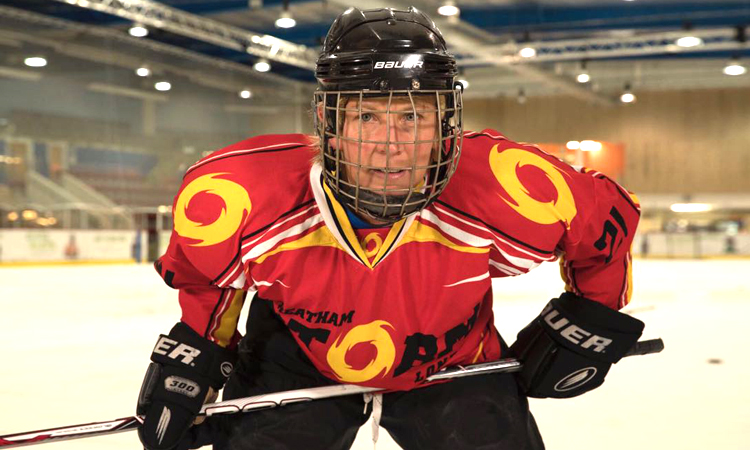 Streatham Storm took a big step towards their goal of securing their place in the English Women’s Ice Hockey Elite League at the weekend with a nail-biting 2-0 away win over Sheffield Shadows.

The result was in doubt until the final 15 seconds when former GB captain Fiona King scored an empty net goal to seal victory and take Storm four points clear of Sheffield in the relegation spot.

The pressure was on after the Shadows had taken the points in a painful home defeat for Streatham two weeks earlier. Storm travelled to Sheffield with just two full lines due to the unavailability of several players.

“We went into the game knowing it was worth four points,” said skipper Joanna Li How Cheong. “Having lost to them two weeks ago, there was a completely different feel in the dressing room. Everyone seemed really focused.”

The visitors were outshot in the first two periods but a combination of strong defence and outstanding goal tending from Ruth Cattell kept the Shadows at bay. Cattell could not have picked a better game to record her first shutout of the season, turning away 34 shots in all.

Storm thought they had broken the deadlock when Isabell Whiteley appeared to score on a Streatham power play, but the officials ruled the puck had come back off the post, not from inside the goal.

“We were sure it was a goal and that really fired us up,” said Li How Cheong.

With barely a minute remaining in the second period, Tiffany Trood sprang free on a breakaway and buried the puck to give Storm a well-timed lead.

The final period was a tense affair as the hosts pressed hard to take advantage of their deeper bench.

With a couple of minutes left, Sheffield pulled their goalie for the extra skater to go all out for the equaliser. Sarah Barton made the vital pass to King, who put the lid on the game for the visitors.

“We have struggled in the third period in previous games but this time we stayed focused to the end. We executed our game plan and got the win we really needed,” said Li How Cheong.

Storm’s next home games are a double header on Sunday April 15. Storm’s Division One team take on Cardiff Comets at 4.30pm and the Elite team are up against Guildford Lightning, facing off at 6.50pm. Entrance is free.