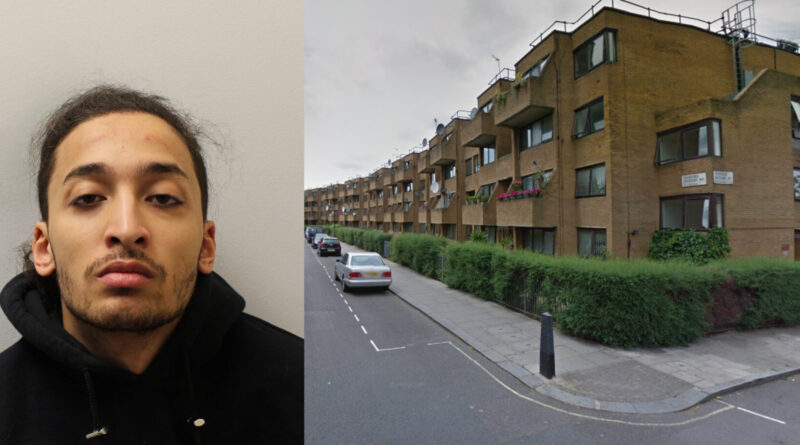 A woman who was kept prisoner by a man who tortured her and threatened to murder and rape her, has spoken about how she managed to escape.

Karl Soames, 25, has been sentenced to three years and 10 months in jail for the brutal imprisonment after pleading guilty to grievous bodily harm, false imprisonment and threats to kill.

The woman was beaten, forced to eat her hair from a dog bowl, stabbed with scissors and had boiling water poured over her in May 2019, in Soames’ flat in Tavistock Crescent, Notting Hill.

Soames also whipped her with a coat hanger, beat her around the head with a marble pestle and metal pole, and made her clean up dog faeces.

After the attack Soames ordered her to leave the house to complete an errand and made her wrap up in a headscarf to hide her injuries. The victim managed to flee to her mother and call the police.

“If I hadn’t been made to run an errand on the Friday morning I honestly don’t think I would have made it out alive,” said the victim.

During the police interview, Soames claimed his victim was obsessed with him and denied hurting her. He claimed he had an alibi who had seen his victim come to his home already injured.

After an investigation of CCTV, phone records and interviews, police officers traced a recording of the call he had made to his brother boasting of the pain he had inflicted on his terrified victim. It was also discovered that his alibi was out of the country when the attack happened.

Summing up at Isleworth Crown Court, Judge Curtis-Raleigh said: “This was a sustained and brutal attack over many hours with the use of weapons and boiling water on a helpless and vulnerable victim.

“You made constant threats of a chilling nature and degraded her with cutting her hair and making her pick up dog faeces.

“You boasted about it. It is sadistic and you have shown no remorse whatsoever.”

Detective Constable Chris Willey, from the Met’s Central West Command Unit, said: “This is one of the most serious domestic violence matters I have ever dealt with, and I am grateful that Soames’ savage behaviour has been met with a substantial prison term.

“Unlike Soames, the woman who was attacked has shown remarkable strength of character and dignity throughout the whole investigation. I sincerely hope this ruling brings her a little closure and she can begin to move on with her life.”