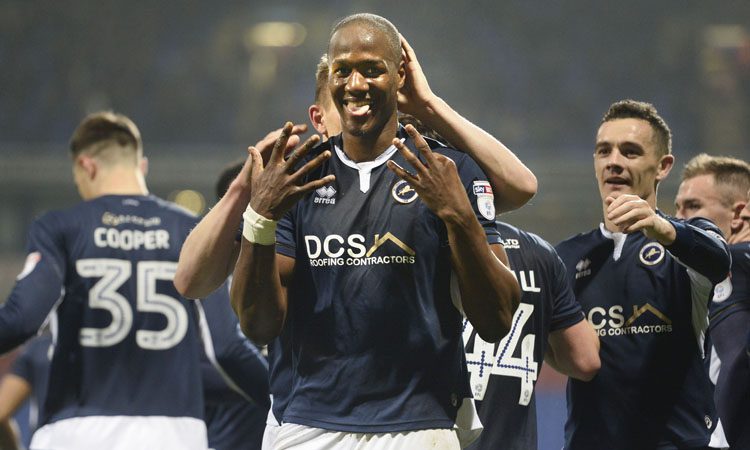 BY TOM MASTON AT THE MACRON STADIUM

Neil Harris was right as he summed up Millwall’s season to date – after 42 matches, they are one of the best six teams in the Championship. That in itself is some achievement.

But having not lost since New Year’s Day – and with only Fulham able to boast of better form in the whole division – the Lions might never get a better opportunity to reach the promised land than they have right now.

Tuesday’s dismantling of struggling Bolton was Millwall’s first victory in the league away at the Trotters for 45 years, and it was thoroughly deserved.

Seven wins from their last eight away games has formed the unlikely backbone of this remarkable run of results, and the dominance which they showed for long periods at the Macron Stadium would be befitting of any previous side to have earned promotion out of this division in years gone by.

On an almost weekly basis Harris and his players are setting new benchmarks, but now they have got themselves in a position of strength in terms of the play-offs, the real test is remaining there.

Saturday’s trip to Sheffield United is the first obstacle, and a substantial one at that.

Like Millwall, Chris Wilder’s side have made the step from League One to the Championship look relatively straightforward at times, only for a series of late goals in recent weeks to dent their own play-off hopes.

The Blades are certainly not out of the running, but victory for Millwall at Bramall Lane would see at least one of their rivals for that final play-off berth fall by the wayside. The team should require no more motivation than that.

Though looking past that encounter in South Yorkshire may be rather hazardous, it is hard not to examine the rest of Millwall’s run-in given just how realistic a finish in the top six has now become.

The visit of the aforementioned Fulham follows Sheffield United. Last season Slavisa Jokanovic’s team were this campaign’s Milwall – picking up form at the right time to gatecrash the play-offs in the final weeks of the season.

While they were unable to turn that momentum into promotion last term, they look set to go one better this time around having taken control of the race for automatic promotion behind Wolves.

While there are obvious differences between them and Millwall – budget being the primary one – Harris and his staff can certainly point at their rivals from across the capital as the model for the current squad to follow. If it does not happen this season that does not mean it never will.

Should results in those matches go Millwall’s way, then the final two matches of the campaign – away at Middlesbrough and home to Aston Villa – will rightly be billed as two of the biggest in the club’s history. Given where the South London club was this time last year, that cannot be downplayed.

And while supporters dream of what may lay ahead in that quartet of fixtures, Harris continues to grow as a manager, making minor tweaks here and there to get his team over the line.

At Bolton he chose to change his starting 11 for just the second time since early February, leaving Steve Morison on the bench to allow Tom Elliott to partner Lee Gregory up front.

His desire to dart in front of his marker to head in the excellent Ben Marshall’s cross for his sixth goal of the season displayed the kind of hunger Harris has instilled in his players during this surge up the table.

Elliott might not have been involved all that much, but he lacks none of the willing required if a place in the top six is to be retained in the final throes of the campaign.

And when we talk about desire, look at Mahlon Romeo’s excellent break down the right which was finished off impressively by Marshall, whose faith the ball would come in from the right paid off handsomely.

Whether the play-offs comes to pass or not, the experiences gained during the second half of this season promise to be vital to Harris and his team’s development.

Thinking about that can come later, however. Now is just about enjoying the ride until the very end.